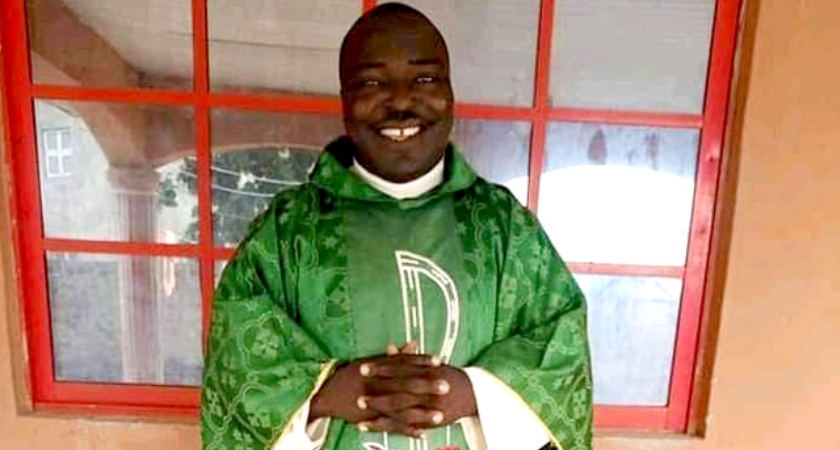 Reverend Father John Cheitnum, one of the two Catholic priests abducted in Lere Local Government Area (LGA) of Kaduna State, has been killed by his abductors.

Until his abduction and killing, the victim was the Director of Communications at the Catholic Diocese of Kafanchan, as well as the Chairman of the Christian Association of Nigeria (CAN) In Jema’a LGA of the state.

Reverend Father Cheitnum and his colleague, Reverend Father Donatus Cleopas, were kidnapped by bandits on July 16 while they were on pastoral work at the rectory of Christ the King Catholic Church, Yadin Garu in Lere LGA.

According to a statement by the Chancellor of Kafanchan Catholic Diocese, Reverend Father Emmanuel Okolo, the decomposing body of the priest was discovered on Tuesday.

Reverend Father Cleopas, on his part, was said to have been released by the bandits after an undisclosed amount of money was paid to them as ransom.

In recent times, Kaduna State has witnessed several kidnapping incidents, most of which were targeted at religious leaders.

In the last one year, the Catholic Church of Kaduna Diocese alone has lost three of its priests to banditry, while four others were kidnapped and only regained their freedom after ransoms were paid to their abductors.

Elsewhere, authorities in the state said security operatives have killed a notorious bandit who was part of the groups terrorising residents of Chikun LGA.

The Commissioner for Internal Security and Home Affairs in the state, Samuel Aruwan, said the security forces intercepted some criminals at Kidunu general area around Eastern By-Pass in Chikun LGA, and during an exchange of fire, one of the bandits was neutralised, while the rest escaped with gunshot injuries.

He said two AK-47 rifles, charms, and amulets, as well as two motorcycles and a mobile phone, were recovered from the bandits during the operation.