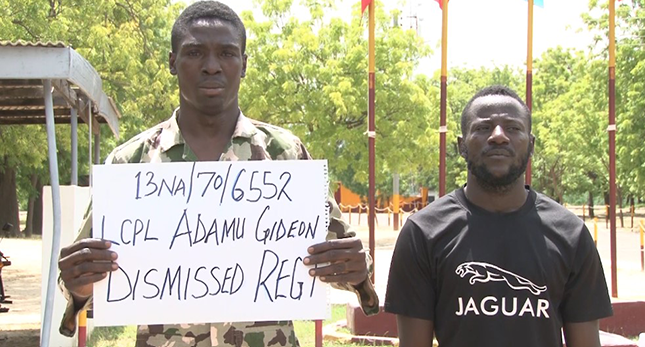 The Nigerian Army has dismissed two soldiers over the murder of an Islamic cleric, Sheikh Goni Aisami Gashua, in Yobe State.

The acting commander officer in charge of 241 Reece battalion, Nguru, Yobe State, Lt Col. Ibrahim Osabo, told journalists a joint board of inquiry set up in collaboration with the police had found them guilty.

He said the two soldiers were dismissed on a two-count charge of failure to perform duties and conduct prejudice to service discipline.

Lt Col Osabo added that the dismissed soldiers will be handed over to the police in Damaturu for prosecution in court of law.

The cleric was said to be travelling from Gashua to Kano when he was followed in a bus by the attackers.

Some Gashua residents said that the incident happened around 10am at Jajimaji, a distance of less than 30 kilometers away from Gashua, the hometown of the Senate President, Ahmad Lawan.

Police spokesman in the state, DSP Dungus Abdulkarim, in a telephone conversation with our correspondent said suspects wielding AK-47 rifles had been arrested and were in police custody.