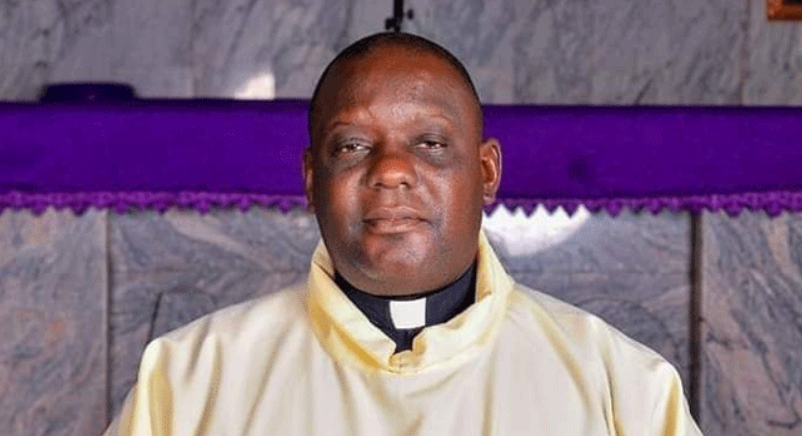 A Catholic priest of the Archdiocese of Kaduna, Reverend Father Vitus Borogo, has been killed by bandits in Chikun Local Government Area of the state.

The victim until his murder was the Chaplain of the Catholic Community of the Kaduna State Polytechnic, and the Chairman of the Nigerian Catholic Diocesan Priests Association (NCDPA), Kaduna State Chapter.

Although the police authorities have yet to confirm the incident or give details about the attack, the Chancellor of Kaduna Catholic Archdiocese, Reverend Father Christian Okewu, said in a statement, that Father Borogo was killed on Saturday at the Nigerian Prison Farm in Kujama along the Kaduna-Kachia Road in Chikun LGA.

In reaction to the incident, the Catholic Archbishop of Kaduna Archdiocese, Most Reverend Matthew Ndagoso, condoled with the immediate family, the NFCS Family of Kaduna Polytechnic, and the entire Kaduna Polytechnic Community. He assured them of his fraternal closeness and prayers.

Details of the funeral arrangement for the murdered priest will be announced as soon as possible, according to the Archbishop.

He called for prayers for the peaceful repose of his soul and consolation for his bereaved family.

Reverend Father Borogo is the second Catholic priest that has died at the hands of bandits in Chikun LGA of Kaduna in the past two months.

In May, another priest, Father Joseph Bako, had died in the custody of bandits who abducted him on March 8, from his pastoral residence of Saint John’s Catholic Church, Kudenda also in Chikun LGA.

The Archdiocese of Kaduna said Father Bako, who died eight weeks after his abduction, was ill before the bandits took him and held him without giving him access to his medication and proper medical care.