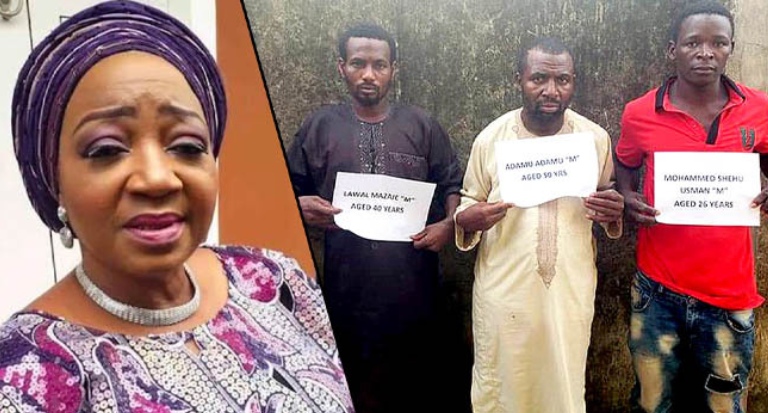 While four persons were accused of the crime – Lawal Mazaje, 40, Adamu Adamu, 50, Mohammed Usman, 26, and Auwal Abubakar, 25 –  the trial judge, Justice William Olamide on Friday, discharged and acquitted one of them – Auwal.

But the counsel to the three defendants says he will study the judgment to see if an appeal could be filed.

On his part, the Attorney General and Commissioner for Justice in Ondo State, Charles Titiloye, commended the judgment.

Olufunke was shot dead on July 12 2019 while traveling between Kajola and Ore, along the Ondo/Ore Highway.

The Ondo State Government had in April 2020 arraigned them at a Chief Magistrate Court sitting in Akure.

The development came one week after police operatives announced their arrest.  The then-Force Public Relations Officer, Frank Mba, said they were arrested after the police established enough physical and forensic evidence linking them to her death.

He explained that the investigators later conducted an Identification Parade in Lagos on April 8, leading to the positive and physical identification of three of them by a survivor of an earlier crime.

According to him, the survivor gave a clear description of the roles each of them played in the killing.

“At this point, they capitulated and voluntarily offered a no-holds-barred confession on how Mrs Funke Olakunrin was killed,” he said as of then.