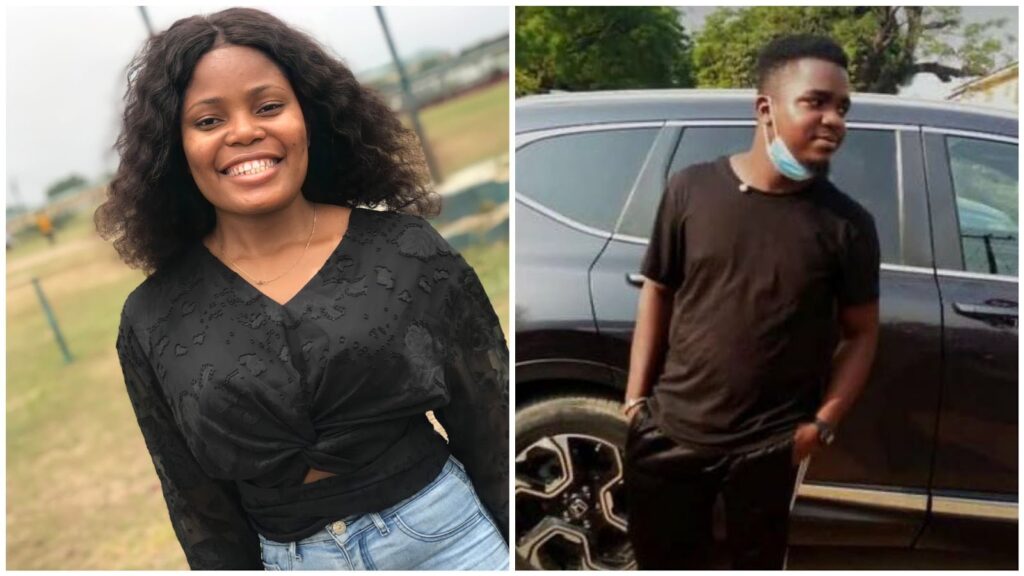 An undergraduate student, Uduak Frank Akpan (21), convicted of murdering a job seeker, Ms Iniubong Umoren, a graduate of philosophy from the University of Uyo, Akwa Ibom State, turned violent in court, hit a lawyer on the chest and tried to escape from the courtroom as the weight of the judgement fell on him but for the quick intervention of security operatives who wrestled him into submission and handcuffed him.

When the youngster lured Umoren with job placement and eventually raped and killed her, he never envisaged that his nemesis would catch up with him.

He had used similar tactics described as ‘reverse psychology’ in the past rape of six other women and got away with it without even a slap on the wrist.

But not so with Umoren as she alerted her friend while embarking on the ill-fated job-seeking adventure. Through the information she had passed to her friend before her violent death, Akpan was tracked down and apprehended by security operatives.

While being paraded by the police, the convict had told journalists at the time that he used what he called ‘reverse psychology’ to lure the victim to his family residence at Nung Ikono Obio village in the Uruan local government area for a job interview in April 2021, where she met her untimely death.

Akpan, in his confessional statement, narrated: “I asked her if she could work in a farm where hard drugs are kept as Secretary and she said she could and that she was ready to do the job.

“When she came, I revealed to her that this farm does not exist. There is no farm like that. It was just a hoax. I told her that before she leaves that I would like to have sex with her and she agreed.

“She gave a condition that I should use a condom, which I did. While I removed the condom, she became furious. She took a nearby stabilizer to hit me on my head and she bit my left ring finger and tried to reach for the wall, screaming.

“While I was bleeding, in a bid to stop her, I used the same stabilizer to hit her. She fell and started bleeding.”

The convict also confessed to having used the same ‘reverse psychology’ on not less than six other women in the past, although he said that Umoren was the only one he had ever killed.

The court, however, held that “the use of dangerous weapons such as a stabilizer and a box iron to attack delicate parts of the human body like the head is a clear pointer that there was an intention to cause bodily harm and that death was probably the consequence of the action.”

Justice Bassey Nkenang, in a judgement that lasted two hours, and 30 minutes, found him guilty of rape and murder. While the judge slammed life imprisonment on him for having carnal knowledge of the deceased, he was sentenced to death by hanging for actually strangulating her.

The court disclosed that a total of 13 witnesses testified before it out of which 10 were prosecuting witnesses while the other three were the defense witnesses who incidentally were the three defendants.

Other exhibits presented before the court by the prosecuting counsel during the trial that lasted 10 months included results from a pathologist, Dr Emeka Nwafor, photographs of the murdered victim, a shovel used by Uduak Frank Akpan, an electricity stabilizer, electric iron used in carrying out the ignominious murder act, among others.

The judge stated that the prosecuting team had proven the case of murder beyond reasonable doubts, but failed to establish accessory to facts of murder against the defense witnesses 2 and 3 (Frank Akpan and Bassey Anwan) and then discharged and acquitted them accordingly.

Shortly before making the death sentence pronouncement, Justice Nkanang gave the convict a chance to make his last plea, but instead of pleading for leniency, the defiant Akpan said that he was “not guilty” of the murder charge.

He added that “ there are many killings going on in the state and country today, but government is not prosecuting them”. Even an attempt by his counsel to let him see reasons he should plead for leniency proved abortive.

During the trial, Akpan had, while appearing before Justice Bennet Ilaumoh, pleaded guilty to the offence. That was in July 2021 but recanted while facing Justice Nkenang who later took over the case, saying, “My Lord, I do not know Miss Iniubong Umoren. I only came to know that name when I was served with the proceedings of this trial at the prison. For the second charge of rape, my Lord, I do not know anything about rape.

“I have never raped anybody. I pleaded guilty because I had fever on that day and my IPO’s influence in the court.”

Reacting to the judgment, the Attorney General of Akwa Ibom State, Uko Udom, SAN, commended Justice Nkenang for accelerated trial and sound judgment even as he also commended the prosecuting team (State Counsel) for diligence prosecution.

Also, a former Attorney General of the State, Uwemedimo, SAN, who represented the complainants in the murder case, praised the judge for “giving justice to the deceased.”

The deceased’s brother and sister, Mr Ukeme Umoren and Enomfon Umoren, expressed satisfaction with the ruling, saying, “Justice has been done to our sister.”

Justice Bassey Nkenang takes over the case from the former trial judge, Justice Bennett Illaumoh who was transferred to Itu Judicial Division.

The case starts de Novo. He pleaded not guilty.

The Court issues a warrant to produce the third accused person, 25-year-old Bassey Anwan Akpan, graduate of English Language and Literary Studies for harbouring his younger brother in her residence in Calabar.

1st Prosecution Witness and Chairman of Uruan Local Government Area, Surveyor Iniobong Ekpenyong tells the Court that Uduak Frank Akpan came to his house and confessed to him that he murdered Iniubong Umoren.

2nd Prosecution Witness, Kufre Effiong in his evidence also tells the Court that Uduak Frank Akpan told him and his Cousin, Surveyor Iniobong Ekpenyong that he murdered Iniubong Umoren.

5th Prosecution Witness and Police Investigation Officer, Inspector Sunday Udo tells the Court that Uduak Frank Akpan confessed to him that he murdered Iniubong Umoren and takes the Police to his father’s residence in Uruan, where the decomposed body was exhumed.

The accused person, Uduak Frank Akpan in his evidence in Court, denies making any confessional statement to Police and DSS.

Adoption of written addresses on trial within trial.

Ruling on trial within trial. The Court dismisses all the objections to the admissibility of the confessional statements and admits the same as exhibits.

Uduak Frank Akpan denies knowledge of Iniubong Umoren whose body was exhumed from his father’s residence.

“My Lord, I do not know Miss Iniubong Umoren. I only came to know that name when I was served with the proceedings of this trial at the Prison. For the second charge of rape, my Lord, I do not know anything about rape. I have never raped anybody. I pleaded guilty because I had fever on that day and my IPO’s influence in the Court.” Uduak Frank Akpan told the Court.

Uduak Frank Akpan also denies raping anyone since he was born 21 years ago.

On why he pleaded guilty during his initial arraignment before the first trial judge, Uduak Frank Akpan said he had a fever on that day.