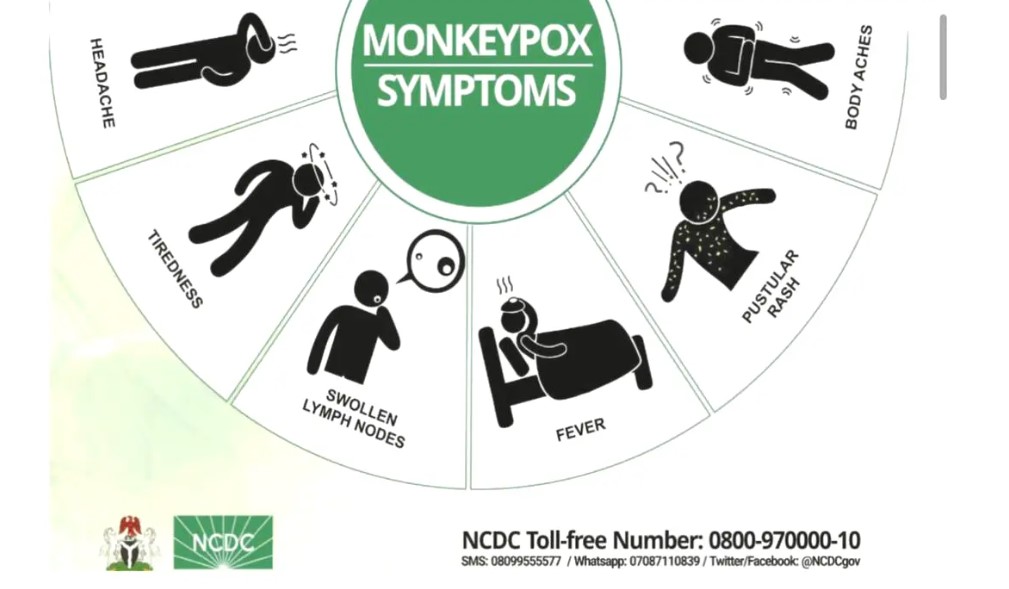 As the World Health Organisation, WHO at the weekend named the new virus variants of monkeypox making waves across regions, Nigerian public health experts have warned that the disease still remains a big threat to Nigerians and Nigeria as a country.

Sice the beginning of the ongoing outbreak, data obtained from the Nigeria Centre for Disease Control showed that from January 1 to July 24, 2022, the disease has affected 89 males and 44 females from 26 states with Lagos State leading in the number of cases.“Also, a total of three deaths were recorded in three states – Delta, Lagos, and Ondo.

Officials of the NCDC said the ongoing efforts to strengthen surveillance at national and sub-national levels increased awareness from global news headlines and investments in risk communication and community engagement.

But infectious disease experts have pointed out that as long as Nigeria has failed to put in place infrastructure and health systems that can support epidemiological disease surveillance with an emphasis on monkeypox, the virus remains a threat.

They maintained that there is a near absence of laboratory testing of monkeypox except for those set up by the Nigeria Centre for Disease Control, NCDC.

According to the experts, while the country is vulnerable to a new wave of monkeypox virus due to huge gaps in laboratory testing, the new wave of monkeypox has assumed a different source of origin apart from animal-human contacts, hence the need for a massive education of Nigerians especially hunters.

In the views of the President of the Nigerian Infectious Diseases Society, NIDS, Prof Dimie Ogoina, and a Public Health Analyst/renowned Medical Laboratory Scientist, Dr. Casmier Ifeanyi, though it was unlikely that monkeypox would result in a pandemic the emergence of new more transmissible or pathogenic strains and new routes of transmission could change the picture.

The duo said Nigeria should work towards putting in place measures to detect and contain the virus.

Warning that more cases of the rare viral illness will be likely reported as surveillance expands, Ogoina urged the country to increase surveillance of the infectious disease as the number of cases continues to grow.

He said there are significant knowledge gaps about monkeypox in Nigeria, and the number of cases reported may be underestimated due to inadequate surveillance.

“We need to conduct more research to better understand the disease in our country and strengthen our surveillance and response systems to detect cases and respond timely and effectively. Monkeypox is less transmissible and less fatal than COVID-19.  A few high-risk groups such as those with untreated advanced HIV or AIDS are known to sometimes develop the severe disease that results in mortalities.”

Ogoina said there was a need for healthcare workers and hospitals to observe a high index of suspicion to detect cases early so as to respond appropriately including protecting themselves. Ogoina said with the experience of the COVID-19 pandemic, infectious diseases have no boundaries in an interconnected world.

“Every country should be concerned about the emergence or re-emergence of infectious diseases in any country in view of the potential of spread outside the country of origin.”

Ogoina said consequently, preparedness and response to emerging infectious diseases require collective and global solidarity as no country should be left behind.

“In a chat, Dr. Casmier Ifeanyi said Nigeria has not done enough for a disease that is considered to be endemic and now has a global outlook.

He explained that monkeypox cases usually peak during the dry season when hunting is at its peak, and  also and at the peak of the rainy season due to incidences of environmental flooding.

He encouraged Nigerians to keep to the basic public health advisory to avoid contact with wild animals. But the basic thing is that Nigeria should act quickly to scale up the ability to diagnose monkeypox just like we did for COVID-19.”

A group of global experts convened by WHO weekend named new monkeypox virus variants, as part of ongoing efforts to align the names of the monkeypox disease, virus, and variants or clades in line with current best practices.

The global experts agreed to name the clades using Roman numerals.“They reached a consensus that the former Congo Basin (Central African) clade is known as Clade one (I) and the former West African clade as Clade two (II).  It was also agreed that Clade II consists of two subclades.

The proper naming structure will be represented by a Roman numeral for the clade and a lower-case alphanumeric character for the subclades. Thus, the new naming convention comprises Clade I, Clade IIa, and Clade IIb, with the latter referring primarily to the group of variants largely circulating in the 2022 global outbreak. The naming of lineages will be proposed by scientists as the outbreak evolves.

In a statement, WHO said the monkeypox virus was named upon first discovery in 1958, before current best practices in naming diseases and viruses were adopted. Similarly for the name of the disease it causes.

Major variants were identified by the geographic regions where they were known to circulate.  According to current best practice, newly-identified viruses, related diseases, and virus variants should be given names to avoid offending any cultural, social, national, regional, professional, or ethnic groups and minimize any negative impact on trade, travel, tourism or animal welfare.

Also, the naming of virus species is the responsibility of the International Committee on the Taxonomy of Viruses (ICTV), which has a process underway for the name of the monkeypox virus.“For variants/clades, the naming of existing pathogens is normally the result of debate amongst scientists.

The statement further stated that to expedite agreement in the context of the current outbreak, WHO convened an ad hoc meeting on August 8 to enable virologists and public health experts to reach a consensus on new terminology.

Experts in pox virology, evolutionary biology, and representatives of research institutes from across the globe reviewed the phylogeny and nomenclature of known and new monkeypox virus variants or clades.

They discussed the characteristics and evolution of monkeypox virus variants, their apparent phylogenetic and clinical differences, and potential consequences for public health and future virological and evolutionary research.

The group reached consensus on new nomenclature for the virus clades with best practices.

They agreed on how the virus clades should be recorded and classified on genome sequence repository sites.“”Consensus was reached to now refer to the former Congo Basin (Central African) clade as Clade one (I) and the former West African clade as Clade two (II). Additionally, it was agreed that Clade II consists of two subclades.“The proper naming structure will be represented by a Roman numeral for the clade and a lower-case alphanumeric character for the subclades. Thus, the new naming convention comprises Clade I, Clade IIa, and Clade IIb, with the latter referring primarily to the group of variants largely circulating in the 2022 global outbreak. The naming of lineages will be proposed by scientists as the outbreak evolves. Experts will be reconvened as needed.“The new names for the clades should go into effect immediately while work continues on the disease and virus names.