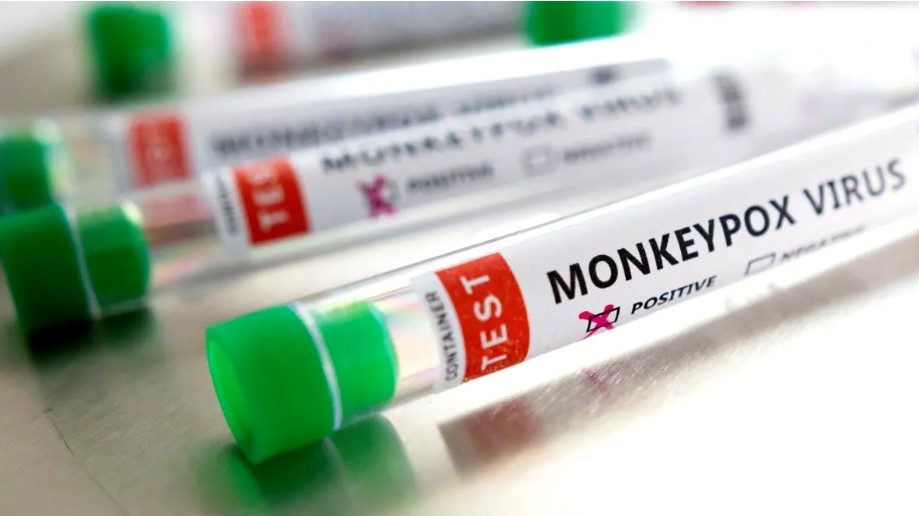 Abakaliki — THE outbreak of monkeypox disease has started causing shivers across the 13 Local Government areas of Ebonyi State as one active case has been reported in Abakaliki.

Also, 32 suspected cases were recorded but there has been no record of any death both in suspected and confirmed cases in the state.

“Active case search has been heightened across all the LGAs in the state to strengthen case finding. Since the onset of this outbreak, Ebonyi has recorded a total of 32 suspected cases with only 1 confirmed case. The case fatality rate is still 0 as there has been no record of any death both in suspected and confirmed cases in the state.”

According to a statement by the Commissioner for Health, Dr. Daniel Umezurike, “A 32-year-old male farmer who hails from Ugwulangwu in Ohaozara LGA but resides in Abakaliki said to have traveled to Rivers State returned to Ebonyi on 7th of July 2022, with fever, maculopapular rash, sore throat, headache and generalized weakness of the body. A presumptive diagnosis of monkeypox was made to rule out smallpox.

“Sample was collected and sent to the NCDC National Reference Laboratory and the result came out positive for Monkeypox Virus. The patient was admitted to Ebonyi State isolation centre and is currently being managed for monkeypox and he is responding to treatment. 7 contacts have been identified and line-listed which are currently been followed up.”

He said: “Active case search has been heightened across all the LGAs in the state to strengthen case finding” adding that “Signs and symptoms include fever, headache, generalized body pain, malaise, lymphadenopathy (swelling of the lymph node), sore throat, rash (the rash will appear 1 to 3 days after onset of fever and the rash often begin on the face and then spread to limbs, trunks, genitalia, palms, and soles) and intense asthenia (lack of energy).“

The statement read in part: “Outbreak in Ebonyi State presented by the Honorable Commissioner for Health, Dr. Daniel Umezurike Monday 15th August 2022. Following the Notification of a suspected case of Monkeypox on the 10th of August, 2022 at Alex Ekwueme Federal University Teaching Hospital Abakaliki.

“EOC has been activated to coordinate the outbreak investigation and response across the 13LGAs in the State and is currently supporting response activities to contain the monkeypox outbreak via active case search, epidemiological investigation, contact line listing, and monitoring of all exposed contacts. Public Health measures have been put in place to ensure effective sample collection and testing to enable laboratory confirmation.
“Risk communication activities have been heightened to advise the public on preventive measures.

In light of the above, it is important to be reminded that monkeypox is a viral zoonotic disease with symptoms in humans similar to those seen in smallpox patients, but much less severe and with a low case fatality rate.

“It has an incubation period of 5 to 21 days. Monkeypox was discovered in 1958 when two outbreaks of a pox-like disease occurred in colonies of monkeys kept for research, hence the name monkeypox.

“The first human case was recorded in 1970 in the Democratic Republic of Congo during a period of intensified efforts to eliminate smallpox. Since then, monkeypox has been reported in humans in other central and western African countries. The case fatality rate is 1% to 10%, with most deaths occurring in younger age groups and immunocompromised patients.

“The animal reservoir is not yet known but is highly suspected to be small mammal species such as rodents. The Orthopoxvirus genus (to which monkeypox belongs) also includes variola virus (the cause of smallpox) and cowpox virus.

“The NCDC standard case definition for monkeypox: is an acute illness with a fever greater than 38.3æ%C, intense headache, lymphadenopathy, back pain, myalgia, and intense asthenia followed 1 to 3 days later by progressive developing rash often beginning on the face then spreading elsewhere on the body, including soles of feet and palms of the hand. WHO has declared monkeypox as a disease of a public health emergency.

“Control measures include isolation of confirmed cases, strict adherence to universal precautions, especially frequent hand-washing with soap and water, use of face mask, maintaining social distance to suspected and confirmed cases, avoid contact with a rodent, meat should be properly cooked before consumption and use of personal protective equipment for healthcare workers.

“Monkeypox is self-limiting which means patients tend to recover with time. However, supportive care and management of the condition are required and are mostly successful.
Ebonyians are advised to remain calm and go about their normal business.

“Avoid self-medication and report any suspected case to the nearest health facility. Public health measures are to be strictly adhered to. Treatment is free and is been supported by Ebonyi State Government.”