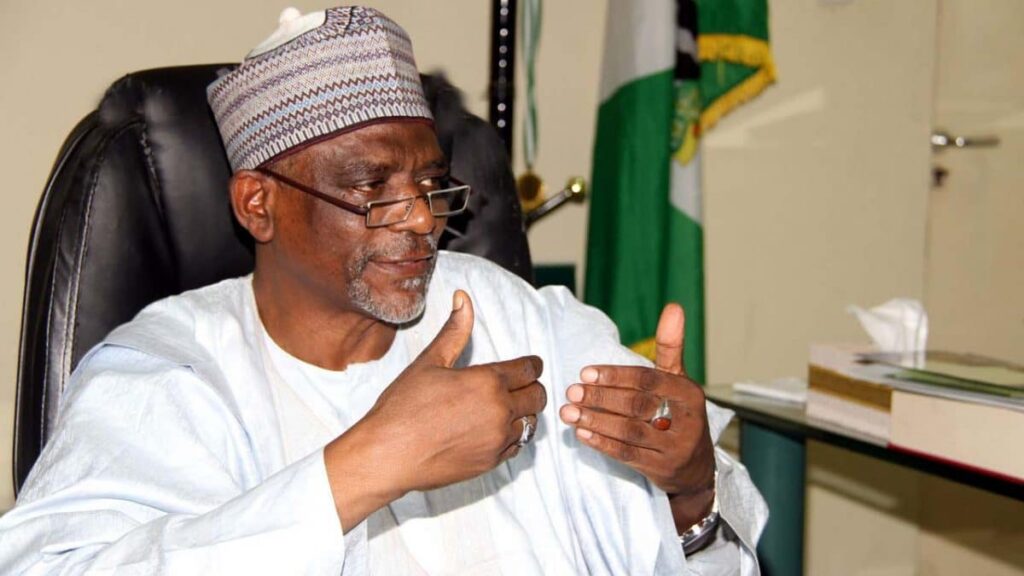 The minister says all striking tertiary institutions’ based unions except ASUU have accepted its offers to call off their strikes by next week.

Minister of Education, Adamu Adamu, says the insistence by ASUU on being paid six months salaries of the strike period is what is stalling the negotiations between the federal government and the union.Mr Adamu revealed this at the weekly briefing organised by the Presidential Communications Team. He said ASUU insisted that its members must be paid for the period of the strike.

He, however, said that the government also insisted on implementing its ‘no work no pay rule’ to serve as deterrence to other unions who might embark on strike action in future.

“I think this is the only thing that is in the hands of the government to ensure that there is a penalty for some behaviour like this.

“So, I believe teachers will think twice before they join the strike if they know that at the end they are not going to be paid and the federal government is not acting arbitrarily.

“Before, it was some magnanimity on its part, there is a law which says if there is no work, there will be no pay.

“I believe this will be a very strong element that will determine from going on strike,” he said.

The minister says all striking tertiary institutions’ based unions except Academic Staff Union of Universities (ASUU) have accepted its offers to call off their strikes by next week.

He also expressed the hope that all other unions like Senior Staff Association of Nigerian Universities, (SANNU), Non-Academic Staff Union of Education and Associated Institutions, (NASU) and the National Association of Academic Technologists (NAAT) will resume work in the next one week.