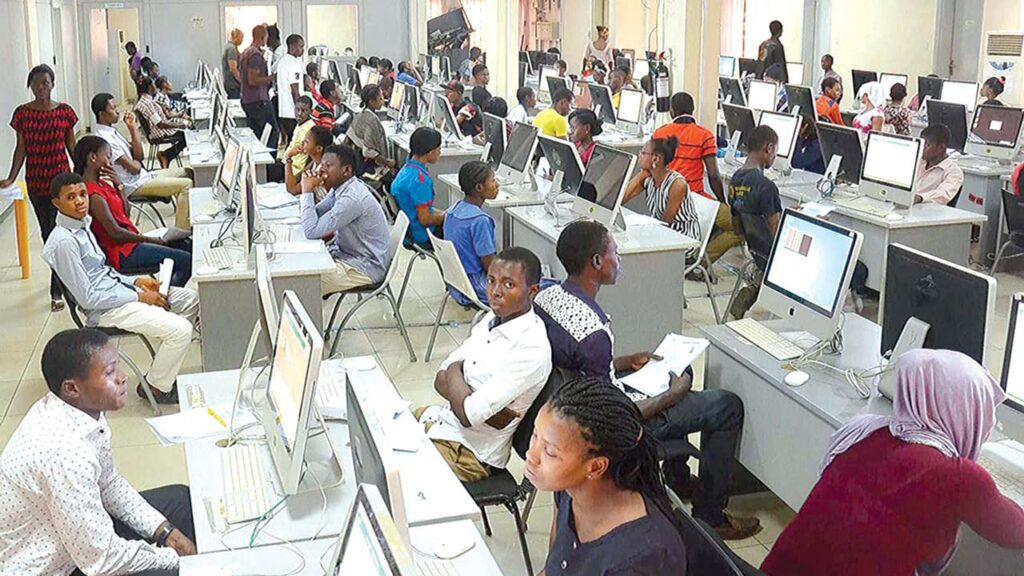 The Joint Admissions and Matriculation Board (JAMB) and heads of tertiary institutions of learning and other stakeholders on July 21, adopted 140 cut-off mark for admissions in the 2022/2023 academic session.

The board adopted 140 as the minimum cut-off mark for admission into universities and 100 for polytechnics and colleges of education, respectively.

Some of the stakehokders who spoke in Bauchi, Damaturu,  Dutse, Gombe, Maiduguri and Yola, described the move as a welcome development, saying it would provide level playing ground for candidates seeking admission into universities and other institutions.

While others dismissed it as inimical to sustainable development of tertiary education in the country.

Mr Mubarak Tanko, a Lecturer in the Department of Sociology Science, University of Maiduguri, said the lowering of the cut-off mark would not affect the Post-UTME test prepared by the institutions.

He said the institutions were allowed to set their own cut-off mark, the least score which any candidate must obtain to enable him to qualify for the Post-UTME screening.

“Institutions are not allowed to set their admission cut-off mark lower than the JAMB 140 benchmark.

“This means that no public university is allowed to set its Post-UTME admission cut-off mark lower than 140 but they have the right to set it above 140. The same applies to polytechnics and Colleges of Education.

“Competitive schools will likely set their admission mark above the minimum 140 cut-off mark, especially those with high number of applicants, they might set their cut-off mark at 200 and above,” he said.

According to him, the 140 cut-off will avail candidates who score below 200 to get admission in less competitive universities across the country.

In the same vein, Shareef Bunu, an Official of the Nigerian Union of Teachers (NUT) in Borno, said the UTME score was not the sole determinant of the placement of candidates into tertiary institutions.

He that admission is based on other parameters such as  Post-UTME, A’level qualifications, O’level grades and physical test.

“JAMB gave the institutions free hand to consider any score they deem fit for their candidates,” he said.

Bunu opined the action would give candidates with lower mark to compete favourably and eoacademic excellence.

Also, Mr Idriss Muhammad, a resident of Bauchi, commended JAMB for the gesture, saying it would enhance access to quality tertiary education in the country.

He said it was imperative for the relevant institutions to evolved sound policies to allow room for competition to spur academic excellence.

He said that it was fair for students who scored as high as 300; 250 and 200, and get admission  alongside those with 140 mark in the same institution.

“Lowering of the cut-off mark is not fair for our educational system, the one for universities should be 180, polytechnics and COEs 160 and 140 respectively.

“The 100 cut-off mark for COEs is too low considering the fact that those that will be admitted were potential teachers.

“You are now sending those with very poor performance to colleges and you expect them to become teachers in the future”.

Also; Pro. Salisu Rakum, former Dean, Faculty of Education, Federal University of Kashere (FUK), said that lowering of the cut-off would have adverse effect on the education standard in the country.

He said the trend would make students less committed to their studies thereby affecting their academic performances.

“COEs as potential teacher training centres needed best and competent hands because, the future of every career is in their hands,” he said.

According to him, the action would produce poor quality graduates who could not compete with their contemporaries across the globe.

Lecturers, he said would find it difficult to train such students since they lack prerequisite requirement and capapacity for advance education.

He said the trend if continued unchecked would made Nigeria to be perpetually dependent on expatriates, especially in medicine, engineering and other specialise fields.

The ASUU official further identified poverty, corruption and poor standard of living, lack of computer literacy or access to ICT as some of the obstacles towards achieving good performances in the UTME.

“Such graduates will find it difficult to secure job in future because they cannot compete with those abroad,” Yusuf said.

Bashir further stressed the need for collective approach to address the root cause for students’ poor performances in the UTME to enable them get the required mark for admission in tertiary institutions of Learning.

Similarly, Dr Mahdi Abba, a lecture at the Modibbo Adama University (MAU), Yola in Adamawa, said that candidates seeking admission into universities should be subjected to academic rigour and competitive entry examinations.

For her part; Mrs Fatima Abubakar, a Lecturer, Computer Department, Federal Polytechnic Bauchi, attributed the low students’ performances in the UTME to the falling standard of basic and post-basic level of education.

She said the basic education level was comatose due to lack of qualified teachers to impart relevant knowledge and skills in their students.

She further blamed school authorities for not adhering to syllabus as well as interference of parents and guardians in ensuring prospering education and discipline of their wards.

The academic don urged the boarc to strictly maintain the set standard, adding that, “compromising or slashing cut-off mark will not help the system, rather worsen it”.