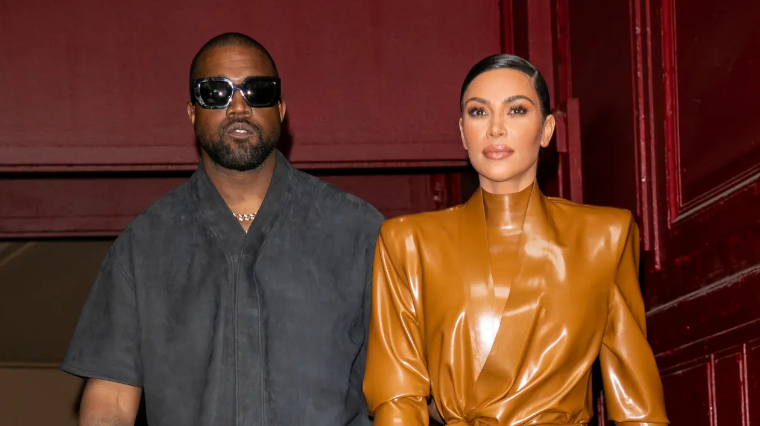 Kanye West raps that he feels like his kids are “borrowed” when he picks them up amid his ongoing custody battle with ex-wife Kim Kardashian.

The artist released a new song titled “True Love” on Friday with late rapper XXXTentacion, who died in June 2018 at age 20.

Ye went on to rap, “When I gotta return them, scan ‘em like a bar code/ Wait, no hard feelings, but these feelings hard though/ Wait, who got the kids in those ‘What are those?’”

After a couple lines referencing Nike sneakers, West returned to rapping about his four children with the 41-year-old “Kardashians” star.

“I only see three kids, who watchin’ Chicago?” he asked. “And you know all the nannies said, ‘Daddy in Nebraska’/ Let the kids dig a tunnel to my house like Chapo.”

This isn’t the first time West has referenced Kardashian in a song. On Thursday’s episode of “The Kardashians,” the reality star was prepping for West to “talk mad s–t” about her in an upcoming song, although it’s unclear to which song she was referring.

“All I can do is control how I react to something,” the Skims creator told her family members in Thursday’s scene. “I can’t control how he treats me or how he’s always treated you guys.”

In a confessional, the reality star added, “I do recognize the impact that my relationship has had on my family and that I’ve never had the opportunity to just say, ‘I’m sorry, guys.’”

Kardashian was married to West for nearly seven years before she filed for divorce. Although the former couple’s custody battle is ongoing, the KKW Beauty creator was declared legally single in March.

While co-parenting North, Saint, Chicago and Psalm with Kardashian, West has vocalized his scheduling grievances via social media. Ye, who has also taken issue with his eldest child having a TikTok account, alleged in March that he isn’t “allowed” to see the little ones.

“Please stop with this narrative, you were just here this morning picking up the kids for school,” Kardashian subsequently wrote via Instagram.

Last month, West rapped in his Pusha T collab, “Dreamin of the Past,” that his family is in “danger” when he’s not home.

Despite romances with Julia Fox, Chaney Jones and more women post-split, the songwriter has been critical of Kardashian’s relationship with “Saturday Night Live” star Pete Davidson.

West even buried a Claymation version of the comedian, 28, in his March music video for “Eazy.” In a second music video for the same song, an animated Davidson was attacked by a skinned monkey.