Kizz Daniel Apologizes For Arriving Late To US Show, Explains Why 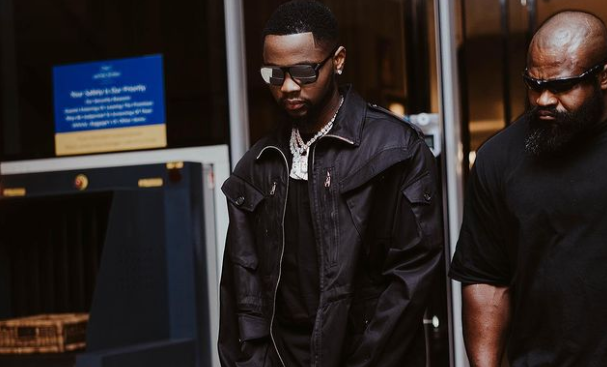 The singer was dragged by angry fans yesterday for coming extremely late to his show in DMV, USA.

Award-winning singer and songwriter, Oluwatobiloba Daniel Anidugbe, popularly known as Kizz Daniel, has issued an apology to his fans for coming late to his show in the USA.

The Flyboy Inc frontline act and owner, who is currently on a world tour, trended on social media yesterday, Friday, July 8, 2022, after fans who had attended his concert, which took place on Thursday, July 7, 2022, called him out for extreme lateness to the event.

According to reports only, the father of two kept the fans waiting for a whopping four hours, an incident that eventually pushed the fans to protest for a refund.

However, in an update of events, the singing star has tendered an apology to his fans, explaining that his passport was seized by the US consulate in Nigeria, leading to his immense lateness to the show. He has promised his fans that he would make it up with another show while their tickets remain valid. He wrote:

DMV, thank you for showing up last night and sincere apologies for all that happened. For some reasons my passport was withheld at the US Consulate in Nigeria until the day of the show and previously booked flights had to be cancelled. Same reason I rescheduled the New York show.

Just for the love and respect I have for you and my craft I got on the next available flight to New York the second I had my passport thinking I could still make it cuz I just don’t want to cancel another date. I booked a PJ to DMV from New York to make the journey faster but unfortunately it didn’t work.

I went straight to the venue from the airport.

We could have moved the show but my team and I believed we could meet up.

The performance would have been longer also if the venue had allowed.
So sorry guys, I will make it up to you. A new date will be announced and all your tickets remain valid.