‘WAIT FOR U’ – Future Feat Drake And Tems Officially Debuts At No.1 On This Week’s #Hot100. 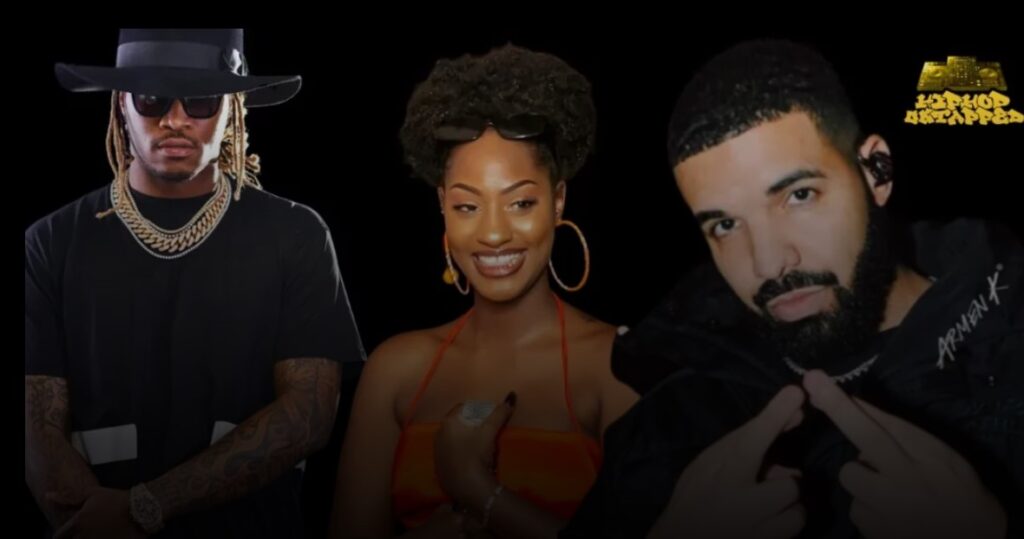 With WAIT FOR U being number one on the Billboard Hot 100, Future and Drake continue their run of making global hits and cementing their respective legacies as Hip Hop’s finest rappers after multiple collaborations that leaves us begging for more.

Like previous collaborations involving the Mask off rapper, on WAIT FOR U, Future enlists his rap comrade Drake along with celebrated Nigerian singer Tems who carries the heartfelt track with her enchanting vocals repeating in a humble yet demanding tone. “I will wait for you!”.

Produced by 20-year-old Atlanta powerhouse ATL Jacob the song’s laid-back yet catchy beat is well spaced out for Tems to blend flawlessly in between the rappers’ respective verses. Future who over the years has gained a reputation as the king of the ‘toxic boy’ movement finds himself egocentric as his queen who can not get enough of him is wrapped around his finger despite having several concubines.

As seen in the medieval-themed music video, Future is out there doing his thing yet he still demands his lover to keep it real with him “don’t say it cause that’s what I wanna hear”. Across the tracks on this seventh studio solo album WAIT FOR U highlights a vulnerable side to the toxic king “Every time I sip codeine I get vulnerable” even if it is for a split second before his emotional guards are back up.

On the other hand, Drake continues to stay true to his new brand as being the certified lover boy. The multiple Grammy winner begins his verse by highlighting the damaging effect celebrity life and culture which entails numerous travelling and absence can have on a budding relationship. However, beneath Drake’s passive tone in seeing things for what they are and bringing the best out of his girl, is doubt his love interest is worth taking the risks for as he suspects hints of infidelity, lack of commitment and disloyalty as he rhymes; “Why you introduce us if you knew that you was with him” Made me shake hands with him when you was fucking for a minute”.

Ironically what makes this track further endearing aside from the pairing of the current biggest names in Hip Hop and R&B, is the contrasting position the two men are in. Future is in a more authoritative position in his relationship as he implies in his verse “Get mad at yourself cause you can’t get over me”. But when Drake gives his rendition of the same line, he adds a twist which voices; “Get mad at myself that I can’t get over you”. This serves as a nod to the two kinds of Guys in the relationship space in this generation. The true lovers who want to give their all to one girl and the toxic boys who could care less. While it is easy for a listener to lean on a more appealing narrative, the two rappers are not far apart, as one will inevitably lean on both camps as their humanity is what shines if one reads in between the lines of WAIT FOR U’s simplistic lyrics.

With Tems who is still relatively a newcomer on the international scene, and her captivating voice that echoes for most of its run time compels listeners to witness an unpleasant scenario that usually unfolds when global fame finds love. At the same time, leaving room for the audience to sincerely question ourselves; If we ever linger for anyone’s affection or if there is anyone out there desperately waiting for ours.