Will Beauty Get A Second Strike For Fighting Over Groovy 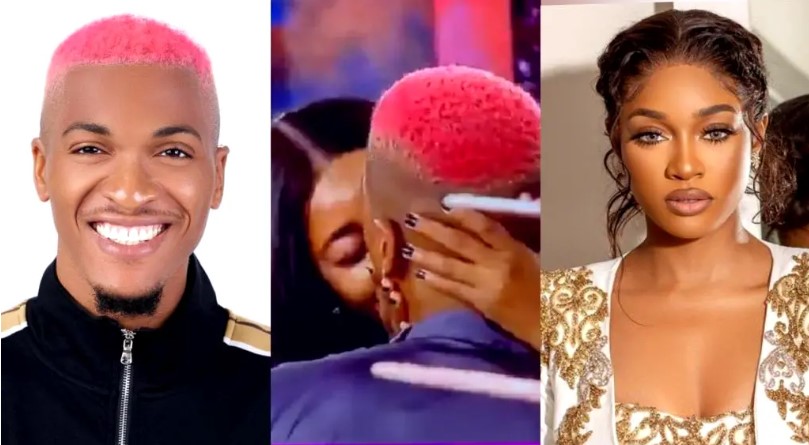 The aforesaid brawl raised concerns that Biggie may issue the ex-beauty queen a second strike, recall she got the first strike last week for physically attacking Ilebaye.

Beauty, who appeared to be intoxicated, body shamed and tongue lashed her love interest, Groovy.

She said Groovy’s dick is very small, and yelled at Phyna, other housemates who attempted to caution her.

This recent outburst if unchecked may earn Beauty another strike from Big Brother and eventually her eviction from the ‘Level up’ edition as it is against BBNaija rules to engage in physical fight or use violence in the house.

Beauty, who rained insults on Groovy after the Saturday party,  had earlier warned him to stay away from Chomzy.

Her words “I told you to dance with every other girl except that girl, but even when I dragged her away from you, you gave her a high-five and she started laughing at me.

“Who are you? You want to embarrass me. I saw you wrapping your hands around her waist,” she said.

In defence, Groovy explained that he wasn’t dancing with her.

“She was the one that came to me. I didn’t go to her. She came to me and I didn’t dance with her,” he said in defence.