We Are Working To Avert Naira’s Further Fall Against Dollar, CBN Assures Nigerians 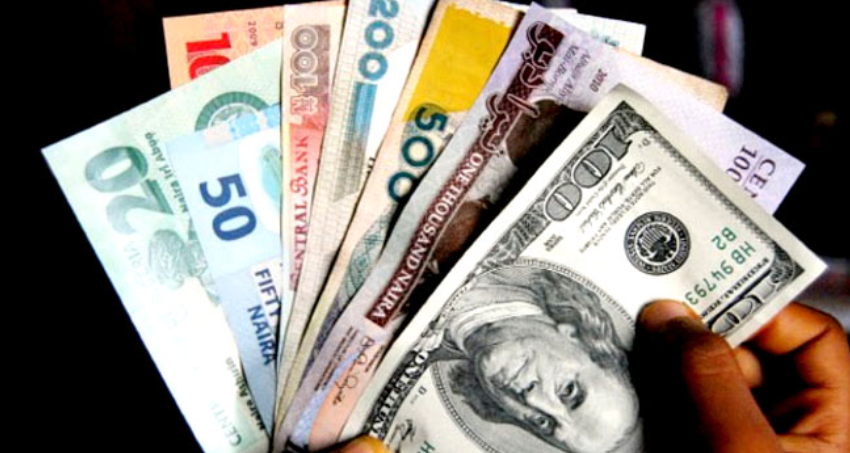 The Central Bank of Nigeria (CBN) has advised Nigerians to resist the urge of succumbing to the speculative activities of some players in the foreign exchange market.

It gave the advice in the face of rising demand for foreign exchange for both goods and services by Nigerians.

CBN’s Director of Corporate Communications, Osita Nwanisobi, who briefed reporters on Thursday in Abuja said the apex bank remained committed to resolving the foreign exchange issues confronting the nation and as such has been working to manage both the demand and supply side challenges.

While admitting that there was huge demand pressure for foreign exchange to meet the needs of manufacturers and for the payment of tuition, medical fees and other Invisibles, Nwanisobi said the bank was concerned about the international value of the naira.

He added that the monetary authority was strategising to help Nigeria earn more stable and sustainable inflows of foreign exchange in the face of dwindling inflows from the oil sector.

Specifically, Nwanisobi said the recent initiatives undertaken by the bank such as the RT200 FX Programme and the Naira4Dollar rebate scheme have helped to increase foreign exchange inflow to the country.

According to him, the bank’s records showed that foreign exchange inflow through the RT200 FX Programme in the first and second quarters of 2022 increased significantly to about $600 million as of June 2022.

The CBN spokesman disclosed that the Naira4Dollar incentive also increased the volume of diaspora remittances during the first half of the year.

He said interventions such as the 100 for 100 Policy on Production and Productivity, Anchor Borrowers’ Programme (ABP) and the Non-Oil Export Stimulation Facility (NESF), among others, were also geared toward diversifying the economy, enhancing the inflow of foreign exchange, stimulating production and reducing foreign exchange demand pressure.

Nwanisobi gave an assurance that the bank would continue to make a deliberate effort in the foreign exchange sector to avert a further downward slide in the value of the naira which he observed was fuelled by speculative tendencies.

Reiterating an earlier position of the CBN Governor, Mr Godwin Emefiele, he urged Nigerians to play their role by adjusting their consumption patterns, looking inwards and finding innovative solutions to the country’s challenges.

The CBN spokesman submitted that monetary policy alone could not bear all the burden of the expected adjustments needed to manage the challenges around Nigeria’s foreign exchange.

“It’s our collective duty as Nigerians to shore up the value of the naira,” he said.