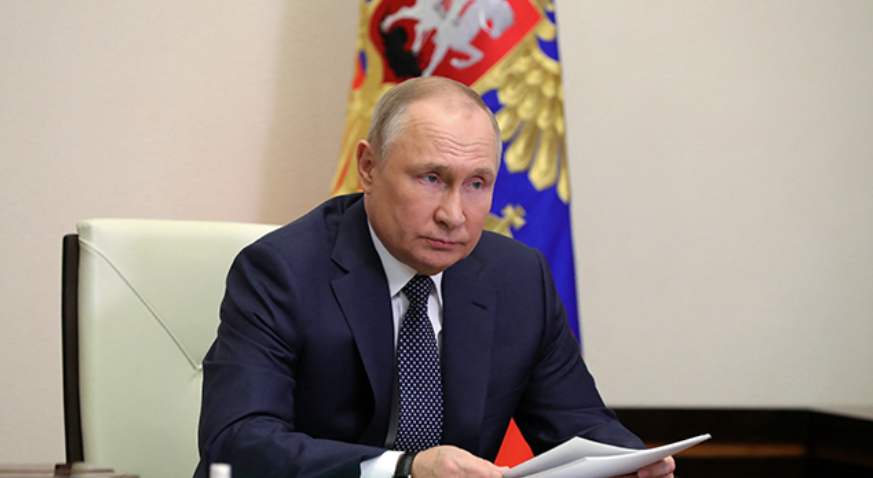 “The honourable spot of the world shrinks by the day,” Soyinka explained on why he may have been reticent on national issues of late.

He added, “Would you have anticipated putting invading Ukraine? Bombarding civilians with such fiendish glee? And what is Ukraine’s crime? It says leave me to associate with whoever I want. And I ask myself what is the difference between Putin and the herdsmen who corner the lands of farmers and invade? They kill, they slaughter, they burn, scatter the families completely, and render them homeless overnight. They and Putin should get together. It is the same mentality.”

The octogenarian also noted that his temperament does not allow him to tolerate anybody who wants to chase him out of his “God-given earth”.

“The idea that you can unleash terror on me because you want my little patch of territory or you want my soul, that is you want to subjugate me, you want to turn me into a slave. Well, I would sort that out first and then I’ll make up my mind whether I want to leave.

“So, each outrage, unfortunately, has the opposite effect. Whether the outrage is taking place in Benue, Kaduna, or is taking place in Owo. Or whether it is taking place right here on the (Ogun State) border; we’ve been subjected also to this lunacy, of the subjugation mentality which some minority people hold. And I find it very difficult to accept to be chased out of my own entitled portion of the earth.”

Putin and his Ukraine counterpart, Volodymyr Zelenskyy, have been embroiled in a devastating war since February 24, 2022, when the Russian Federation launched an offensive against Ukraine.

According to the Office of the United Nations High Commissioner for Human Rights, as of July 2022, 12,272 civilian casualties have been recorded in the country including 5,237 killed and 7,035 injured.