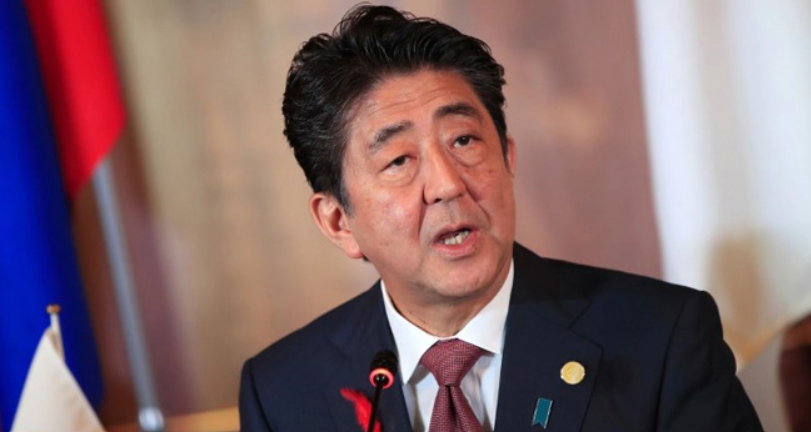 Former Prime Minister Shinzo Abe was assassinated Friday on a street in western Japan by a gunman who opened fire on him from behind as he delivered a campaign speech — an attack that stunned the nation with some of the strictest gun control laws anywhere.

The 67-year-old Abe, who was Japan’s longest-serving leader when he resigned in 2020, collapsed bleeding and was airlifted to a nearby hospital in Nara, although he was not breathing and his heart had stopped. He was later pronounced dead after receiving massive blood transfusions, officials said. 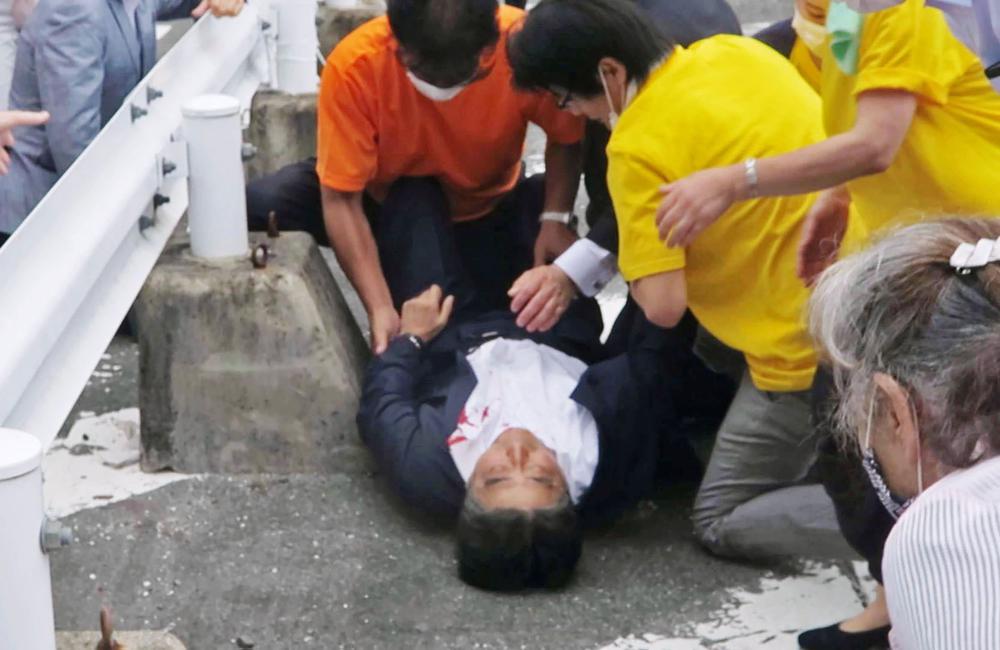 Police at the shooting scene in Nara arrested Tetsuya Yamagami, 41, a former member of Japan’s navy, on suspicion of murder. Police said he used a gun that was obviously homemade — about 15 inches (40 centimeters) long — and they confiscated similar weapons and his personal computer when they raided his nearby one-room apartment.

Police said Yamagami was responding calmly to questions and had admitted to attacking Abe, telling investigators he had plotted to kill him because he believed rumors about the former leader’s connection to a certain organization that police did not identify.

Dramatic video from NHK showed Abe standing and giving a speech outside a train station in Nara ahead of Sunday’s parliamentary election. As he raised his fist to make a point, two gunshots rang out, and he collapsed holding his chest, his shirt smeared with blood as security guards run toward him. Guards then leapt onto the gunman, who was face down on the pavement, and a double-barreled weapon was seen nearby.

Prime Minister Fumio Kishida and his Cabinet ministers hastily returned to Tokyo from campaign events around the country after the shooting, which he called “dastardly and barbaric.” He pledged that the election, which chooses members for Japan’s less-powerful upper house of parliament, would go on as planned.

“I use the harshest words to condemn (the act),” Kishida said, struggling to control his emotions. He said the government planned to review the security situation, but added that Abe had the highest protection.

Even though he was out of office, Abe was still highly influential in the governing Liberal Democratic Party and headed its largest faction, Seiwakai.

Opposition leaders condemned the attack as a challenge to Japan’s democracy. Kenta Izumi, head of the top opposition Constitutional Democratic Party of Japan, called it “an act of terrorism” and said it “tried to quash the freedom of speech … actually causing a situation where (Abe’s) speech can never be heard again.”

In Tokyo, people stopped on the street to grab extra editions of newspapers or watch TV coverage of the shooting. Flowers were placed at the shooting scene in Nara.

When he resigned as prime minister, Abe blamed a recurrence of the ulcerative colitis he’d had since he was a teenager. He said then it was difficult to leave many of his goals unfinished, especially his failure to resolve the issue of Japanese abducted years ago by North Korea, a territorial dispute with Russia, and a revision of Japan’s war-renouncing constitution.

That last goal made him a divisive figure. His ultra-nationalism riled the Koreas and China, and his push to create what he saw as a more normal defense posture angered many Japanese. Abe failed to achieve his cherished goal of formally rewriting the U.S.-drafted pacifist constitution because of poor public support.

Loyalists said that his legacy was a stronger U.S.-Japan relationship that was meant to bolster Japan’s defense capability. But Abe made enemies by forcing his defense goals and other contentious issues through parliament, despite strong public opposition.

Abe was groomed to follow in the footsteps of his grandfather, former Prime Minister Nobusuke Kishi. His political rhetoric often focused on making Japan a “normal” and “beautiful” nation with a stronger military and bigger role in international affairs.

Tributes to Abe poured in from world leaders, with many expressing shock and sorrow. U.S. President Joe Biden praised him for “his vision of a free and open Indo-Pacific will endure. Above all, he cared deeply about the Japanese people and dedicated his life to their service.“

Former German Chancellor Angela Merkel, whose time in office from 2005-2021 largely overlapped Abe’s, said she was devastated by the “cowardly and vile assassination.” Indian Prime Minister Narendra Modi declared Saturday to be a day of national mourning for Abe.

Chinese Foreign Ministry spokesperson Zhao Lijian declined to comment, other than to say Beijing offered sympathies to Abe’s family and that the shooting shouldn’t be linked to bilateral relations. But social media posts from the country were harsh, with some calling the gunman a “hero” — reflecting strong public sentiment against right-wing Japanese politicians who question or deny that Japan’s military committed wartime atrocities in China.

Biden, who is dealing with summer of mass shootings in the U.S., also said “gun violence always leaves a deep scar on the communities that are affected by it.”

Japan is particularly known for its strict gun laws. With a population of 125 million, it had only 10 gun-related criminal cases last year, resulting in one death and four injuries, according to police. Eight of those cases were gang-related. Tokyo had no gun incidents, injuries or deaths in the same year, although 61 guns were seized.

Abe was proud of his work to strengthen Japan’s security alliance with the U.S. and shepherding the first visit by a serving U.S. president to the atom-bombed city of Hiroshima. He also helped Tokyo gain the right to host the 2020 Olympics by pledging that a disaster at the Fukushima nuclear plant was “under control” when it was not.

Abe became Japan’s youngest prime minister in 2006, at age 52, but his overly nationalistic first stint abruptly ended a year later, also because of his health.

The end of Abe’s scandal-laden first stint as prime minister was the beginning of six years of annual leadership change, remembered as an era of “revolving door” politics that lacked stability and long-term policies.

When he returned to office in 2012, Abe vowed to revitalize the nation and get its economy out of its deflationary doldrums with his “Abenomics” formula, which combines fiscal stimulus, monetary easing and structural reforms.

He won six national elections and built a rock-solid grip on power, bolstering Japan’s defense role and capability and its security alliance with the U.S. He also stepped up patriotic education at schools and raised Japan’s international profile.