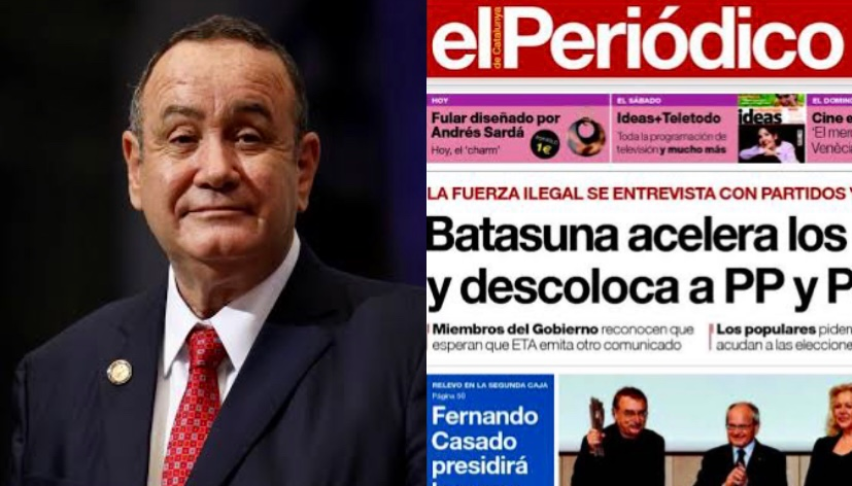 The charges alleged that Mr Zamora had asked a banker to help him deposit 300,000 Quetzals ($37,500) into the Guatemalan banking system to hide “the true origin” of the funds.

Mr Monterroso said the banker, Ronald Garcia, had revealed that Mr Zamora possibly obtained the money from several businessmen whom he had “blackmailed” not to publish negative information about them.

Mr Zamora was arrested last week, and the newspaper he founded, which has accused key political figures in the country of corruption, was raided.

Mr Zamora’s staff condemned his arrest and charges, considering it retaliation for the paper’s previous reporting on President Alejandro Giammattei and Attorney General Consuelo Porras, both labelled by the United States for “significant corruption.”

National and international human rights organisations have condemned Mr Zamora’s arrest and the attack on the freedom of press and freedom of expression by the government of Mr Giammattei. The Committee to Protect Journalists released a statement pushing for Mr Zamora’s release.

“Guatemalan authorities should immediately release and drop any criminal charges against journalist José Rubén Zamora, president of elPeriódico,” said CPJ Advocacy Director Gypsy Guillén Kaiser in New York. “Judicial persecution against journalists is a mechanism of intimidation, and authorities in Guatemala need to put an end to their campaign to intimidate and threaten the press.”

Mr Zamora and his newspaper El Periódico, founded in 1996, have maintained a critical position against corruption in the country, not only under the Giammattei government but also under past governments.