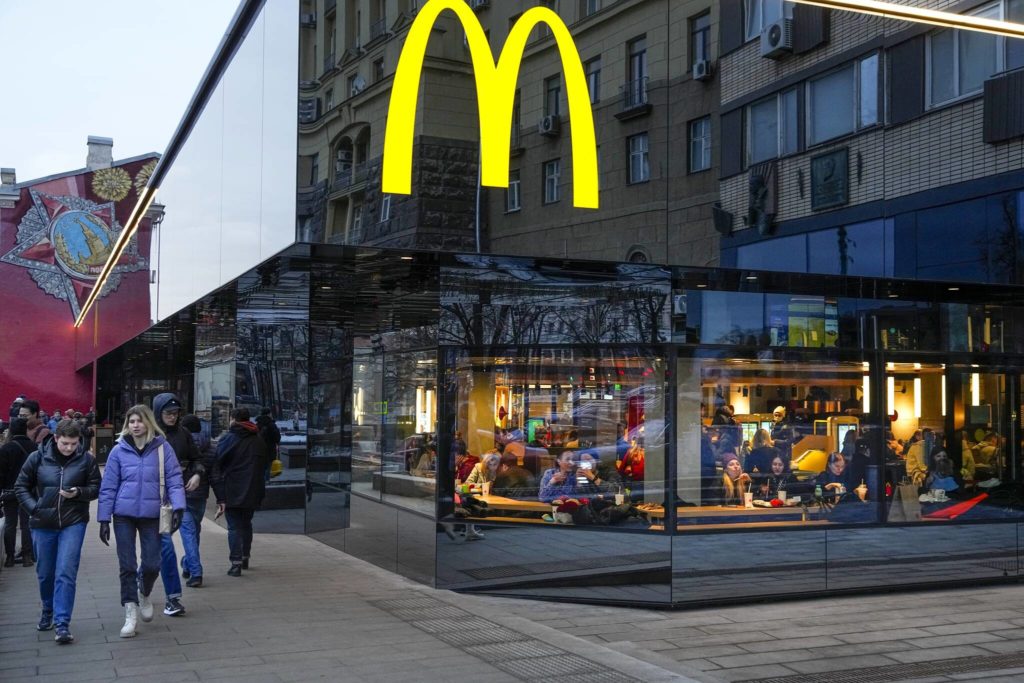 American fast-food giant McDonald’s will exit the Russian market and sell its business in the increasingly isolated country, the company said Monday.

Many Western businesses have pulled out of Russia since its invasion of Ukraine in February.

And earlier on Monday, French automaker Renault announced it had handed over its Russian assets to the government in Moscow, marking the first major nationalisation of the economic disentanglement.

McDonald’s in March closed all of its 850 restaurants in the country, where it says it employs 62,000 people.

But on Monday it went a step further, saying in a statement: “After more than 30 years of operations in the country, McDonald’s Corporation announced it will exit the Russian market and has initiated a process to sell its Russian business.

“The humanitarian crisis caused by the war in Ukraine, and the precipitating unpredictable operating environment, have led McDonald’s to conclude that continued ownership of the business in Russia is no longer tenable, nor is it consistent with McDonald’s values.”

It said it was looking to sell “its entire portfolio of McDonald’s restaurants in Russia to a local buyer”.

The company added that after the sale, the restaurants would no longer be able to use the McDonald’s name, logo, branding or menu.

Chief executive Chris Kempczinski said in a statement: “We’re exceptionally proud of the 62,000 employees who work in our restaurants, along with the hundreds of Russian suppliers who support our business, and our local franchisees. Their dedication and loyalty to McDonald’s make today’s announcement extremely difficult.

The authorities said they were ready to nationalise foreign assets — as happened with Renault — and some officials assured Russians that their favourite brands would have domestic alternatives.

Officials in Moscow have sought to downplay the gravity of the Western sanctions, promising that Russia will adapt and take steps to stop the flight of foreign currency and capital.