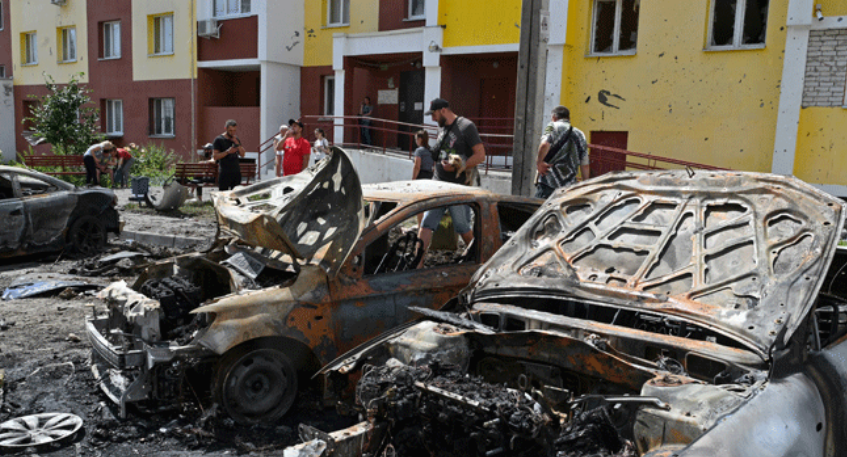 Russia said Sunday that its forces had carried out strikes against three military training centres in northern and western Ukraine, including one near the Polish border, just days before a NATO summit.

The bombings were carried out with “high-precision weapons of Russia’s aerospace forces and Kalibr missiles,” Russian defence ministry spokesman Igor Konashenkov said in a statement.

Among the targets was a military training centre for Ukrainian forces in the Starychi district of the Lviv region, around 30 kilometres (19 miles) from the border with NATO member Poland.

The other two training centres were in the central Zhytomyr region and northern Chernihiv region.

Konashenkov did not say when or from where the missiles were fired.

However Kyiv on Saturday said that Russia had carried out strikes from Ukraine’s northern neighbour Belarus. Moscow did not comment on the claim.

After the strikes, several Ukrainian brigades “completely lost their combat capabilities,” Konashenkov said, adding that “plans to deploy them in combat zones were thwarted”.

The strikes served as a reminder that Russia is capable of striking any part of Ukraine, even with the bulk of its operation now taking place in the east and south of the country.

Ukrainian authorities reported that there were Russian strikes on the capital Kyiv on Sunday morning, but Konashenkov did not mention it in his statement.

The Russian strikes come as a G7 summit opened in Germany on Sunday, and ahead of a NATO meeting in Madrid from June 28 to 30.