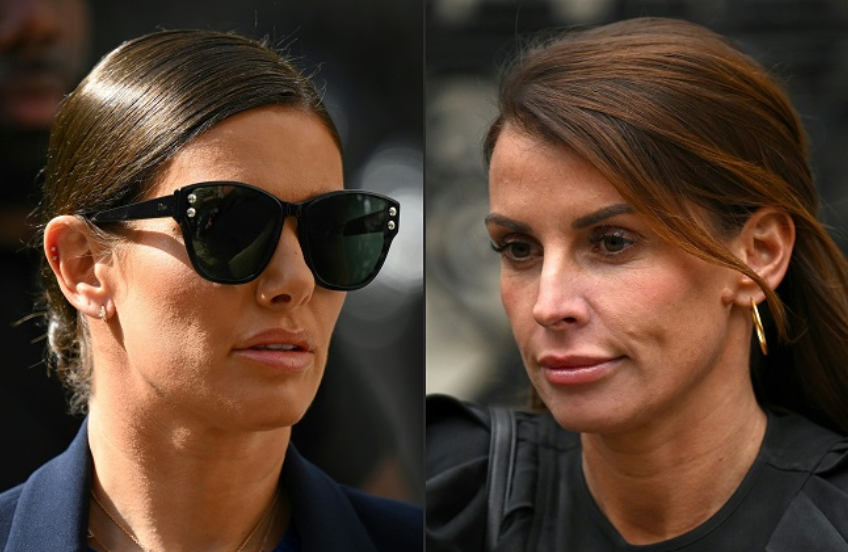 High Court judge Karen Steyn found that allegations made by Rooney against Vardy were “substantially true” and that Vardy was complicit in the release of damaging stories to The Sun newspaper by her agent.

Vardy’s husband Jamie plays for Leicester City, while Rooney is the wife of former Manchester United star Wayne. The 12-day trial in May laid bare tabloid double-dealing and the lives of the rich and famous.

Legal costs reportedly ran to around £3 million ($3.6 million), most of which will now fall to Vardy.

Rooney said in a statement that she was “pleased” by the outcome.

But she regretted the case was brought to court “at such expense in times of hardship for so many people, when the money could have been far better spent helping others”.

– Elaborate sting –
Fascination with the lives of the wives and girlfriends (WAGs) of top-flight footballers — and their very public falling-out — produced wall-to-wall coverage of the trial.

Coleen, the childhood sweetheart of England’s leading goal scorer, was dubbed “Wagatha Christie” after she set up an elaborate sting to try to determine who was behind the leaks, then announced her findings publicly.

Vardy vehemently denied leaking stories that Rooney only shared with selected friends on Instagram and had sought “substantial libel damages”.

But Steyn found that Vardy and her former agent Caroline Watt were “party to the disclosure”.

“It is likely that Ms Watt undertook the direct act, in relation to each post, of passing the information to a journalist at The Sun,” and that Vardy “knew of, condoned and was actively engaged in this process,” she ruled.

English libel law placed the onus on Rooney to prove that her post alleging she had traced the leaked stories to Vardy was “substantially true”.

Steyn ruled that Rooney “had succeeded in proving” that point.

– ‘Vile abuse’ –
Vardy faced lengthy cross-examination during the trial and was even questioned on an interview where she derided the penis size of her previous boyfriend, the pop singer Peter Andre.

Rooney’s lawyer accused her of being “an entirely unreliable witness”.

But her lawyer said Vardy was “entitled to an award of substantial libel damages” for serious harm to her reputation.

Summing up, Rooney’s lawyer alleged that Vardy “regularly and frequently leaked information to The Sun about a number of people… as opposed to simply Mrs Rooney”.

He accused her of being “hand in glove” with Watt, who did not testify and was unable to present a mobile phone she said she had dropped in the North Sea.

The lawyer alleged that Vardy selectively deleted phone messages ahead of the trial.

Vardy’s lawyer said his client “made mistakes” by trusting Watt, claiming she was unaware her agent was leaking stories. He said the case had been “serious and extremely upsetting” for his client.

Judge Steyn agreed that Vardy had been subjected to “vile abuse”, including when she was pregnant with her fifth child. Nothing in the libel case gave “any justification or excuse” for that, she wrote.