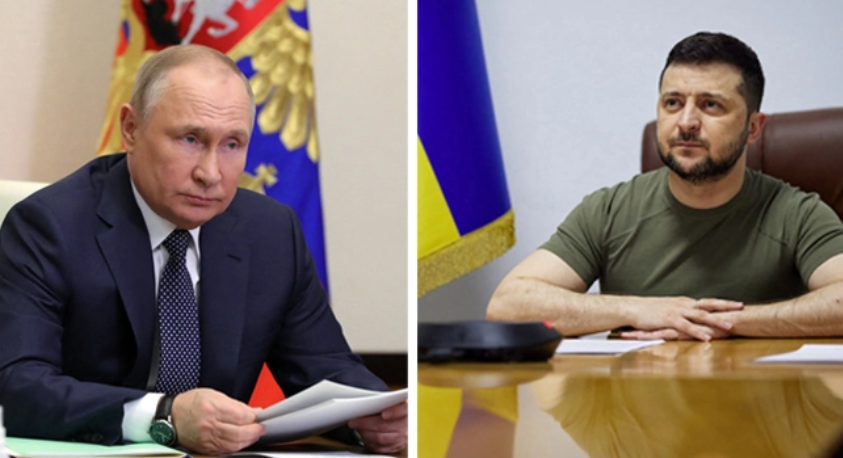 Russian energy giant Gazprom on Saturday suspended gas supplies to Latvia, as Ukraine announced it had asked the Red Cross and UN to gain access to its soldiers being held by Russian forces.

The call came a day after a jail holding Ukrainian prisoners of war in Kremlin-controlled Olenivka was bombed leaving scores dead.

The ICRC has made a request but has not yet obtained authorisation from the Russians, he said.

President Volodymyr Zelensky said Friday the agreement for the Azovstal fighters to surrender, brokered by the UN and the International Committee of the Red Cross, included safety guarantees.

He called on the two organisations to intervene as guarantors.

Conexus Baltic Grid meanwhile confirmed to Latvia’s LETA news agency that Gazprom had informed it of the suspension of deliveries, but said other suppliers were continuing them.

“Today, Gazprom suspended its gas supplies to Latvia… due to violations of the conditions” of purchase, the company said on Telegram.

Gazprom drastically cut gas deliveries to Europe via the Nord Stream pipeline on Wednesday to about 20 percent of its capacity. It had reduced gas flows to Europe twice in June.

The Russian state-run company had earlier announced it would choke supply to 33 million cubic metres a day — half the amount it has been delivering since service resumed last week after 10 days of maintenance work.

European Union states have accused Russia of squeezing supplies in retaliation for Western sanctions over Moscow’s intervention in Ukraine.

Gazprom cited the halted operation of one of the last two operating turbines for the pipeline due to the “technical condition of the engine”.

The European Union this week agreed a plan to reduce gas consumption in solidarity with Germany, where the Nord Stream pipeline runs to, warning of Russian “blackmail”.

Russian strikes continued to rain down on Ukrainian towns and cities on Saturday.

They came a day after Russia’s defence ministry accused Kyiv of striking a prison in Russian-held territory with US-supplied long-range missiles, in an “egregious provocation” designed to stop captured soldiers from surrendering.

It said Saturday that the dead included Ukrainian forces who had surrendered after weeks of fighting off Russia’s brutal bombardment of the sprawling Azovstal steelworks in the port city of Mariupol.

The defence ministry said 50 Ukrainian prisoners were killed and 73 were taken to hospital with serious injuries.

“All political, legal and moral responsibility for this bloody massacre of Ukrainians lies with Zelensky personally, his criminal regime and Washington which backs them,” it said.

“This was a deliberate Russian war crime, a deliberate mass murder of Ukrainian prisoners of war,” he said. “Over 50 are dead.”

Zelensky also urged the international community, especially the United States, to have Russia officially declared a “state sponsor of terrorism”.

Members of the Azov regiment were among those who surrendered at Azovstal.

Azov regiment commander Mykyta Nadtochiy said he considered the attack on the jail in Kremlin-controlled Olenivka to have been “an act of public execution”.

Ukrainian authorities said Russian bombardments targeting the south and east of the country had left one dead in southern Mykolaiv and one dead in eastern Bakhmut.

The death toll from a strike on a Mykolaiv bus stop on Friday climbed to seven after two men died in hospital, he added.

In the eastern city of Kharkiv, three Russian S-300 missiles struck a school, mayor Igor Terekhov said on Telegram, adding that the main building was destroyed.

A Ukrainian spokesman said his country’s forces had set fire to grain fields around Mariupol.

“The Mariupol resistance forces set fire to the fields with grain so that it would not be stolen by the occupiers,” Sergiy Bratchuk, a spokesman for the Odessa regional military administration said.

“The fire can probably spread to the Russian military base… There are Russian fortifications, ammunition warehouses and minefields disposed сlose to the area of the fire.”

Zelensky on Friday visited a port in southern Ukraine to oversee a ship being loaded with grain for export under a UN-backed plan aimed at getting millions of tonnes of Ukrainian grain stranded by Russia’s naval blockade to world markets.

Ukraine’s presidency said exports could start in the “coming days”.

A group of Western countries last week gave their green light to Kyiv’s request to postpone interest payments on its debt and called on other creditors to do the same.