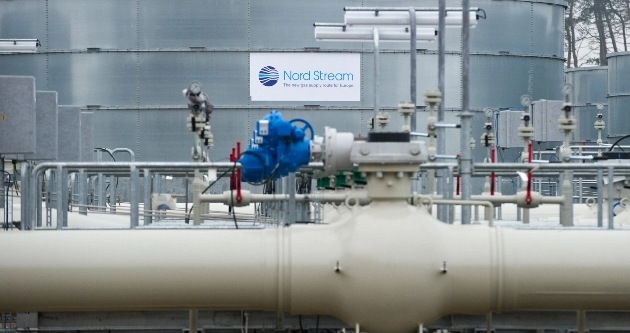 French energy firm Engie said Tuesday that Russian energy giant Gazprom was slashing its natural gas deliveries “due to a disagreement between both sides over the execution of contracts”.

Engie added in a statement that Russian gas supplies had already been reduced drastically after Russia invaded Ukraine in February.

“Engie had already secured the necessary volumes to guarantee supplies for its clients and for its own needs,” it said.

Russian gas accounted for 4.0 percent of its overall energy supplies at the end of July, the group said.

Warnings from the French government have mounted in recent days about possible difficulties this winter due to energy shortages and galloping inflation.

Many European countries are facing severe supply problems as Moscow turns off the gas taps in response to EU military and diplomatic backing for Ukraine.

French President Emmanuel Macron is to gather ministers for a special cabinet meeting on Friday in order to “prepare for all eventualities this autumn and winter,” his office said.

Prime Minister Elisabeth Borne urged company bosses on Monday to reduce their consumption and warned about the risk of rationing.

“If we end up with rationing, companies will be the most affected and unfortunately we need to be prepared for it,” she told the Medef business association.

Claire Waysand, deputy chief executive of Engie, told the same meeting on Monday that the weather would play a crucial role this winter.

“To be sure that we get through winter with enough electricity and gas, we have an interest in it not being too cold,” she said.

“If so, then there might be days when there are real tensions.”

France has been rapidly filling its gas storage facilities, which are now 90 percent full, and has negotiated extra supplies from Norway.

The country relies on nuclear for most of its electricity, but gas accounts for about 20 percent of its total energy consumption, mostly for residential heating and cooking as well as industrial purposes, official figures show.