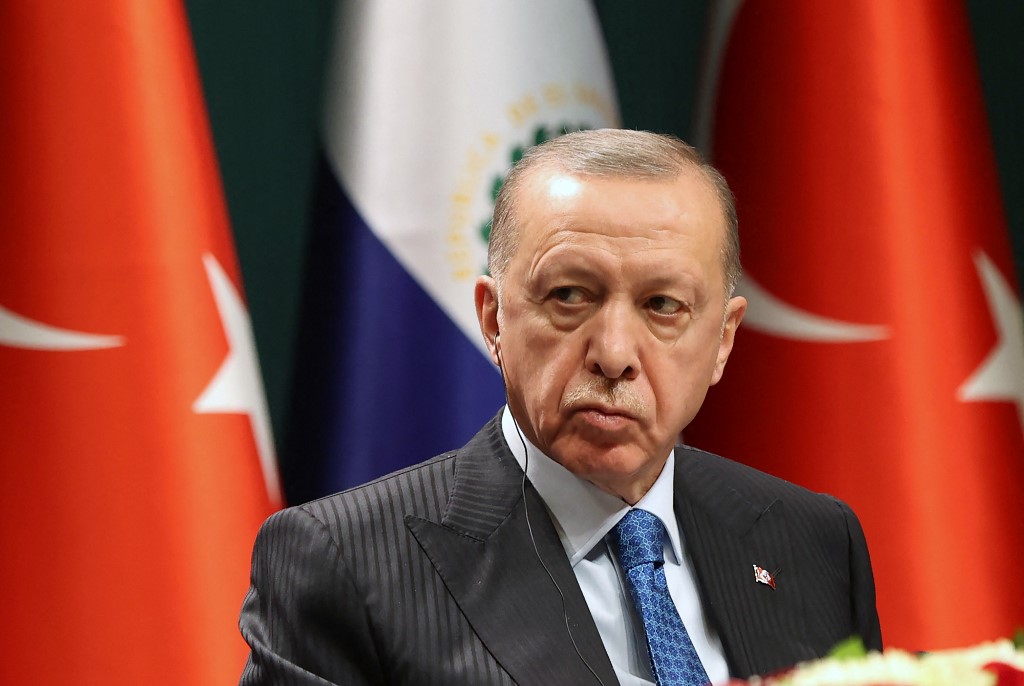 Turkey’s President Recep Tayyip Erdogan said on Monday he will not approve of Sweden and Finland joining the North Atlantic Treaty Organisation (NATO).

“First of all, we would not say ‘yes’ to those who impose sanctions on Turkey to join NATO, a security organisation, during this process,” Mr rdogan said.

On Sunday, Turkey demanded that both stop supporting Kurdish groups on their territory, and to lift the ban on sales of some arms to Turkey.

The Swedish foreign ministry responded to Turkey’s rejection, saying that senior representatives from Helsinki and Stockholm will travel “soon” to Turkey to discuss its objection.

In response, Russian President Vladimir Putin said Russia “does not have a problem” if Finland and Sweden join the military alliance as if it is not a “threat” to Moscow

However, Mr Putin warned that if NATO strengthens its “military infrastructure” in the region, it would invite a “military response” from Russia.

Sweden had announced its intention after its ruling Social Democratic party endorsed a plan for the country to join and Finland’s government announced earlier that it would join NATO.

Both countries, neutral for decades, changed their stance after Russia began its attack on Ukraine in February. The Swedish and Finnish governments began considering NATO membership and reached out to the United States, Britain, Germany and other NATO countries for their support.

Britain responded positively, pledging its support to Sweden and Finland’s armed forces in the event that they came under attack.