The Geng Drops a High School-Themed Teaser on YouTube | WATCH 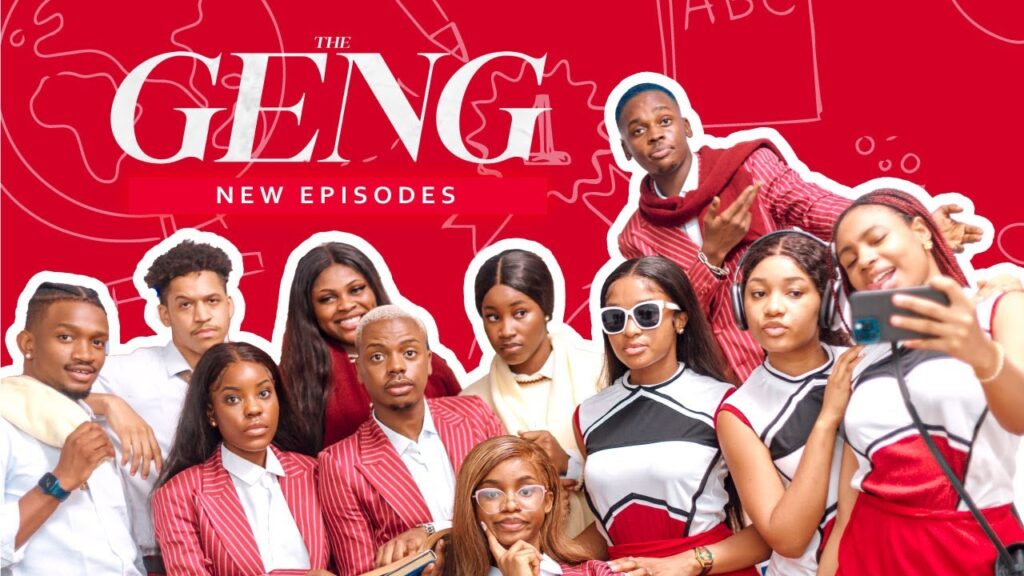 In this teaser, they were all high school students with varying characters.

Playing the role of the annoying straight-A student, Enioluwa popularly known as beauty boy dazzles in the camera, playing the character effortlessly, flexing his fingers and walking stylishly in that dramatic sense of a busybody.

Although she isn’t new to the camera, Priscilla Ojo, played the role of the career-minded class captain that knows what she wants and what she doesn’t.

The interesting fact about the drama is it is very relatable. The perfect high school drama that we have all lived. It’s like taking a walk down memory lane. As each scene rolled in, nostalgia hit. Every class had the serious and unserious ones, the ones that act like they know too much or the ones that love to play the bad boy or the playboy as Eronini did in the scene where he was asking Priscilla out.

It’s interesting to watch and makes you anticipate the next episode.