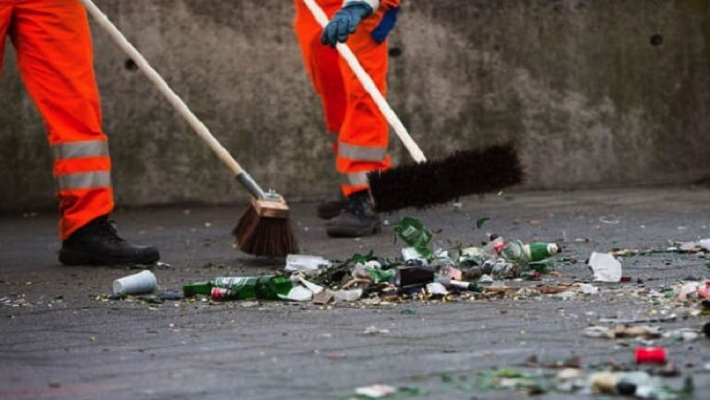 “For people out there, who continue to migrate and dump waste indiscriminately, any time you are caught, you would be held responsible and would face the wrath of the law.”

The Lagos State Waste Management Authority (LAWMA) says 83 persons have been convicted and jailed for waste management offences in the last year.LAWMA managing director, Ibrahim Odumboni, disclosed this on Wednesday during a news briefing on waste management in Lagos, updates on activities from the beginning of 2022 till August.

Mr Odumboni also said over 1,200 persons were penalised and over 3,000 persons fined for committing offences relating to indiscriminate disposal of waste.

“Eighty-three people were jailed last year for waste-related offences. Over 1,200 did community services – they joined our sweepers to sweep and do the job very well, and over 3,000 were fined. But the most important thing for us is, why don’t we ensure we do the right thing?” stated Mr Odumboni.

The LAWMA boss added, “For people out there, who continue to migrate and dump waste indiscriminately, any time you are caught, you would be held responsible and would face the wrath of the law.”

According to him, the agency’s enforcement team is active and has ceased over 1,400 carts across the state in the last two months. Mr Odumboni said cart pushers were also guilty of dumping waste in canals and drainage.

“Having extended hands of fellowship to cart pushers on how they can work with the agency to formalise their operations, the agency would not take it lightly with those who kick against the hands of fellowship and rules of engagement,” Mr Odumboni stressed. “For anyone who does not have an identity, who poses security threats to the state, who refuses to follow the law and put the lives of Lagosians in danger, there is going to be zero-tolerance on that. And so, we would continue in our operations to get rid of cart pushers in Lagos.”

He also disclosed that over 20 million Lagos residents generated a minimum of 0.65kg each, averaging 13,000 metric tonnes, demanding no less than 650 heavy-duty trucks to evacuate them.