2023: PDP BoT To Meet On Wednesday Over Atiku-Wike Rift 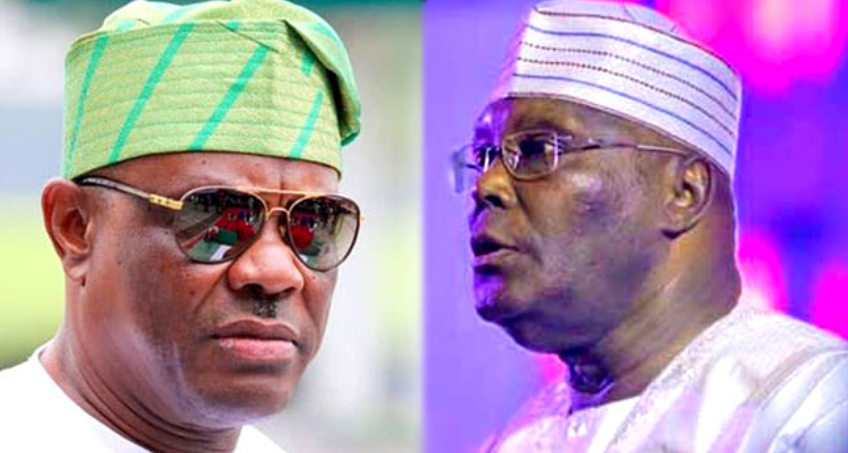 The Board of Trustees of the Peoples Democratic Party will meet on Wednesday as parts of attempts to appease Rivers State Governor Nyesom Wike ahead of the 2023 general elections.

Mr Wike, who held a meeting with some PDP Governors on Sunday, has expressed dissatisfaction with how the party chose its vice-presidential candidate among other issues.

In a statement on Monday, Chairman of the PDP BoT, Walid Jibril, said the PDP is not in a crisis but needs to settle certain grievances.

He added that the Board, being the highest advisory of the PDP, will come up with strong recommendations to put an end to what he described as “issues” rocking the party.

“I notice with great concern what the PDP primary elections of Atiku Abubakar and the appointment of Chief Okowa as President and Vice President is unnecessarily causing confusion among some PDP members. May I point out that very strongly that there is no  problem as being envisaged by some people in our great party the PDP.

“I want to assure everyone that all plans are on ground to bring all members together as one and united, as what is happening in PDP can never be compared with the situation in APC, especially their plans in trying to bring religious issues of Muslim-Muslim President and Vice President.

“I have also noted that some groups are coming up trying to solve the issues of Okowa as Vice-President the latest group include some former governors of the party and the current governors, some BoT members and elders including Prof Jerry Gana.

“The aim of the group is reconcile aggrieved especially Wike. Interestingly the BoT the highest advisory body and the conscious of the party is meeting on Wednesday 3rd August to discuss the issues accordingly by coming up with strong recommendations with the special committee for the special reconciliation of aggrieved members especially Governor Wike.

“After the BoT meeting we will meet with Wike and all aggrieved members and all past presidential Aspirants. It is my prayers as Chairman of BoT that the PDP will remain strongest and win all elections in 2023.”