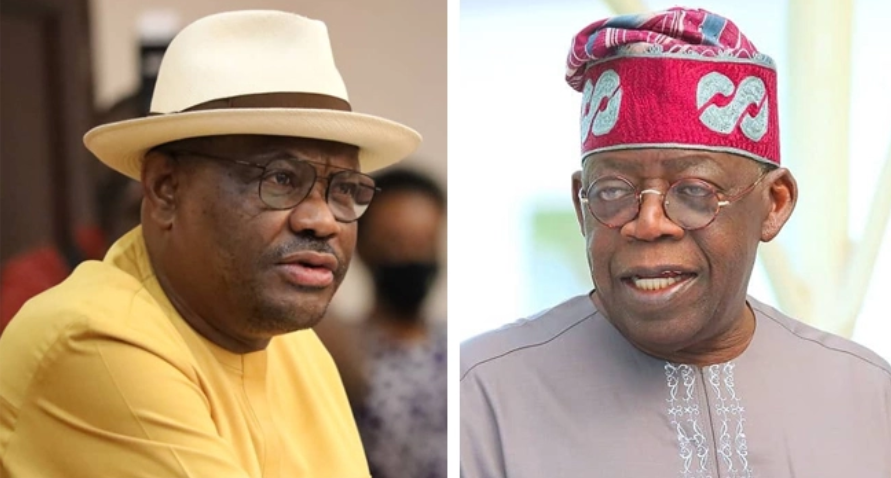 The presidential flagbearer of the APC, Bola Tinubu, reportedly met with the Rivers State governor, Nyesom Wike in London on Monday.

The delegation, made of some PDP governors and influential politicians within Wike’s camp, were said to have departed the country at the weekend.

Although the reasons behind the meeting remain unknown, it has however been suggested that it might be related to the horse-trading saga within the embroiled Peoples Democratic Party(PDP).

Prior to Monday’s meeting, the ruling party had attempted to cash in on the crisis in the PDP over the presidential primary won by former vice-president Atiku Abubakar, which left Wike aggrieved.

On July 8, three APC governors, Kayode Fayemi of Ekiti State, Babajide Sanwo-Olu of Lagos State and Rotimi Akeredolu of Ondo State visited Wike at his Rumueprikon country home in Port Harcourt, as part of moves to woo him.

The PDP had set up a reconciliation panel to resolve the crisis between Atiku and Wike but that has proven abortive.