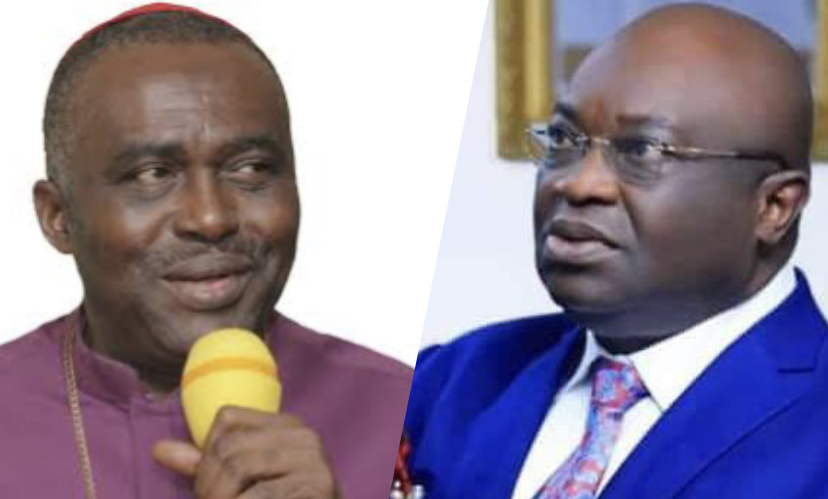 “The need to liberate Abia has become more urgent now than ever before,” said the ADC governorship candidate.

The African Democratic Congress (ADC) has slammed the Peoples Democratic Party government of Governor Okezie Ikpeazu of undermining the development of Abia, declaring that the state is floundering.ADC governorship candidate Sunday Onuoha in condemning the administration of Mr Ikpeazu declared that “Abia is on life support.”

Mr Onuoha added, “Enough of unpaid salaries, pensions and gratuities to our senior citizens. The need to liberate Abia has become more urgent now than ever before. The things that others have not tried is what I want to bring to the table to change the narrative.”

The ADC governorship flag bearer called on the party members to remain focused and committed to the task of winning the governorship position in 2023.

Meanwhile, the party has inaugurated an interim state executive committee to pilot the affairs of the party in Abia ahead of 2023general elections.

The committee was inaugurated on Tuesday in Umuahia, following the sack of the Don-Norman Obinna-led executive for alleged offences.

The inauguration of the new executive is headed by Obioma Onwukaike.

The chairman of the South-East ADC and member of the board of trustees, Godson Okoye, described the change in the party leadership as a “minor adjustment in the configuration of the state executive.”

Mr Okoye said the step was taken to reposition the party, preparatory to the general elections and charged the new leadership to work hard to establish the party’s presence in the 184 wards and 17 local government areas of the state.

He pointed out that by doing so, the party would be in a good position to wrest power from PDP in 2023.

“The victory of ADC in Abia in 2023 is a task that must be accomplished. With the calibre of the party members that are here, plus the prayer by our governorship candidate, Bishop Sunday Onuoha to God, we shall take over the Government House,” said Mr Okoye. “By the time each of us moves to our localities and wins more members then our electoral victory in 2023 is guaranteed.”

He noted that there was an urgent need to rescue Abia from the lack of economic growth and social infrastructure as well as non-payment of salaries and pensions.

In an acceptance speech, the interim chairman thanked the party chieftains for the confidence reposed in him and promised not to disappoint them.

He urged the party stakeholders to “join hands with us to win the governorship and build the Abia of our dream.”

The ADC National Working Committee (NWC) had alleged “deliberate efforts by some of the executives to undermine our candidates for the general elections.” The NWC further accused the ousted executive of “grievous misconduct,” and resolved on August 1 to dissolve and replace it with the interim committee.