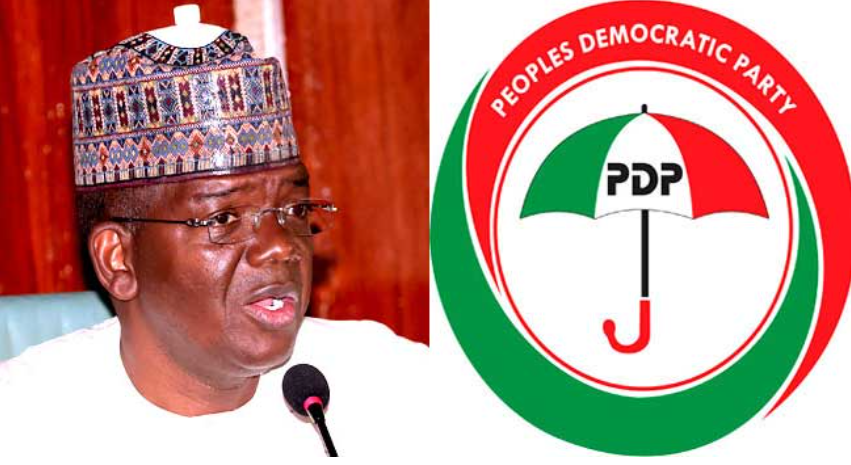 The Zamfara State chapter of the Peoples Democratic Party has opposed Governor Bello Matawalle’s directive to the people of the state to bear arms and defend themselves.

Secretary of the PDP in the state, Faruku Ahmed, said in a statement that the decision to allow people to bear arms could lead to anarchy and political vendetta against the opposition parties.

“As peace-loving and law-abiding citizens, we fault Zamfara State and the Federal Government for shifting such constitutional responsibility to ordinary citizens,” he said.

“That it has been clear that the security agencies, groups and legal experts within and outside the state have opposed the firearms acquisition.”

According to Ahmed, it is the sole responsibility of both the state and federal governments to protect the lives and property of the citizenry.

Rather than encourage residents to bear arms, he said the party had advised the state government to recruit community protection guards similar to JTF.

“We hoped they will be well equipped, remunerated,” he said, adding that the recommendation was a better option than decided to “mention to tools to harm political oppositions in the state”.

The PDP blamed the gun ownership controversy on the All Progressives Congress, accusing the party of giving the governor an opportunity to target opposition parties in the state.

“The ruling APC administration’s failure has left Governor Bello Matawalle with no option but to manipulate the insecurity situation within the state to witch-hunt opposition parties in the state,” the statement said.

“As such, the PDP perceived the exercise as a deliberate attempt to divert public resources.”

The party called on the security agents to stop Governor Matawalle from “his dangerous plan” of allowing people to bear arms.

“We are calling on the Inspector General of police, the DSS and the NSCDC to be eagle eye on the ill-intention of targeting the opposition parties using various security committees established by Zamfara State government because the approach seems to be so tricky,” the party said.

The Zamfara State governor, Bello Matawalle had on Sunday last week directed the people of the state to prepare and obtain a license to bear firearms to defend themselves against the Terrorists in the State.

The move drew mixed reactions and has been faulted by the Chief of Defence Staff, General Lucky Irabor.