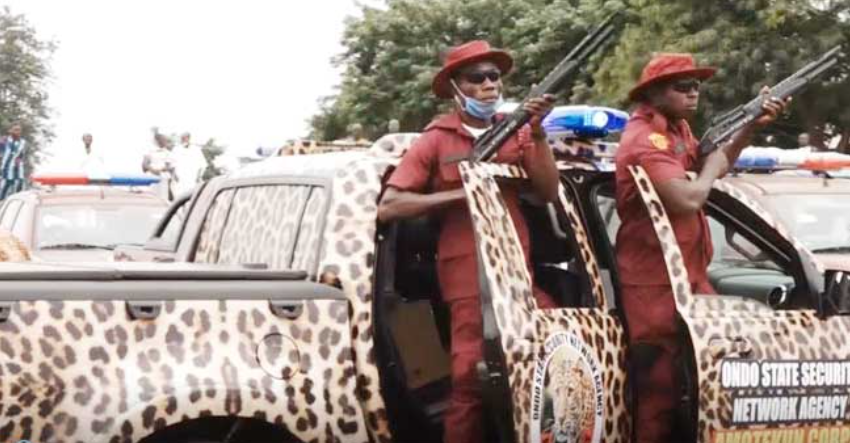 The Amotekun Corps in Ondo State have arrested a number of persons in connection with the massacre of worshippers at St. Francis Catholic Church, Owo, Ondo State.

The Commander of the Corp, Adetunji Adeleye made this disclosure while addressing newsmen in Akure, the state capital.

Adeleye, however, did not give the actual figure of the suspects arrested, but the corps leader was optimistic that everyone who was involved in the Owo Attack would be brought to book.

When contacted for confirmations, the Ondo State Police Command through its spokesperson, SP Funmilayo Odunlami, said the force is not aware of such and arrest.

Nevertheless, it is expected that the Amotekun Corps would hand the suspects over to the police for further investigations and onward prosecution.

This arrest is the latest development following the attack which left millions devastated across the country.

It comes barely 24 hours after President Muhammadu Buhari assured Nigerians that the attackers who he described as “cowards” behind recent assaults on churches in the country will be punished.

“As for the cowards, they will be punished for their crimes. We will bring them to justice. Rest assured that the full might of Nigeria’s formidable security and intelligence forces are involved in that endeavor,” Buhari was quoted as saying in a statement by his media aide Garba Shehu.

“For now, I urge all Nigerians to come together in prayer-whether Christian, Muslim, or any of our great faiths- let us hold the victims and their families in our hearts and minds.

According to President Buhari, the country’s religious freedom and diversity are what makes Nigeria great.