ASUU: It’s Unacceptable To Still Have Schools Closed After Many Months – Bishop Kukah 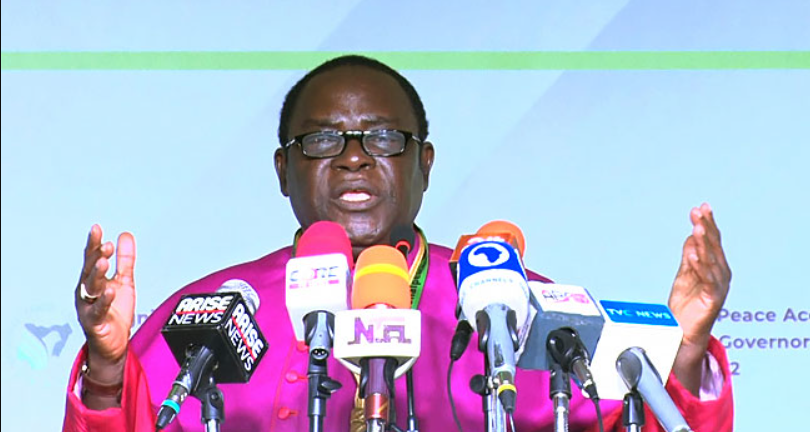 The Catholic Bishop of Sokoto Diocese, Mathew Kukah, has said it is unacceptable that Nigerian Universities are still closed after so many months.

Bishop Kukah who stated this on Wednesday at the signing of a peace accord ahead of the Osun State gubernatorial election, asserted that the prolonged strike does not speak well of the democracy we profess to be practicing.

“This is unacceptable especially as these things are happening in a democracy,” Kukah insisted.

The cleric said it is quite sad that the strike has lasted this long particularly because democracy has always given the people a platform for negotiation, consensus and several other means for solving such issues as exist between the government and the authorities of the various universities.

He said Nigeria must come to understand that without the universities giving opportunities for academic energy, analysis, and theorizing; it is impossible for the nation’s democracy to grow.

The bishop asserted that the most important thing for political actors at this moment, is to take their responsibilities sufficiently serious. According to him, all Nigerians must at this time try to make the nation’s democracy work.

Bishop Kukah said it is sad that increasingly the country is witnessing a transition from democratic rule to plutocracy.

In his view, “the share amount of money that is being spent not just in campaigns but in just picking a piece of paper to declare intension to participate, is not acceptable”.

“Majority of our people remain hungry and sick and we cannot be flaunting this wealth in a democracy, because if that is the system we wanted, we will call it a plutocracy in which case only rich men and women can participate in the process,” the cleric admonished.

He encouraged the political actors to act on the need to expand the frontiers of freedom to participate in the processes concerning the country.

Bishop Kukah called on Nigerians to come out and vote when the elections get underway, stressing that the urgency of fixing the nation is tied to the process of governance adopted in the constitution.

The bishop was of the opinion that whereas the Independent National Electoral Commission (INEC) can provide a level playing field, it is the conduct and behaviour the political players that determines how the game is going to be played.

On that premise, Kukah appealed to members of the political class to make it possible for citizens to love and trust them and to show that by choosing democracy, the people have chosen to live.