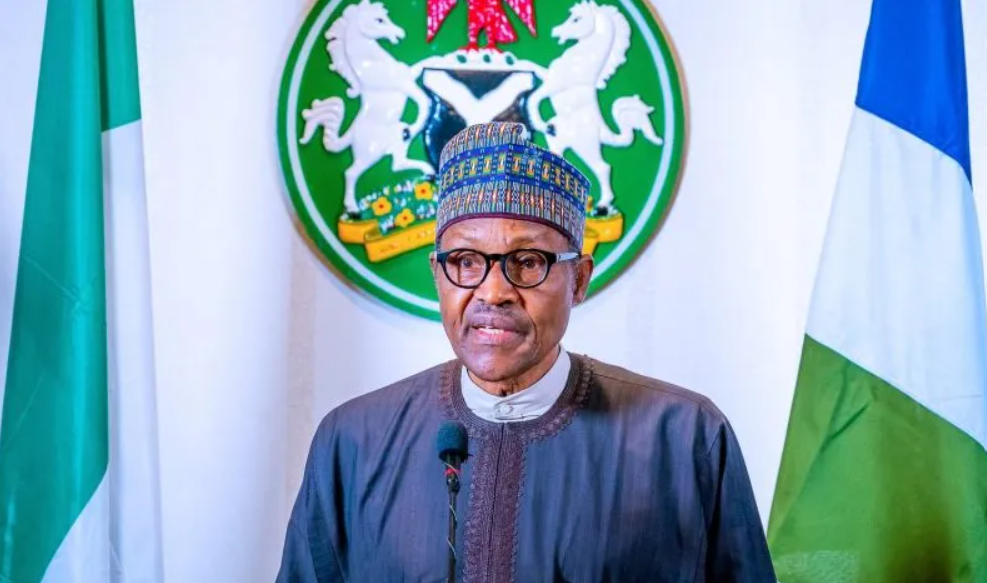 President Muhammadu Buhari Monday in Daura, Katsina State revisited the issue of the prolonged strike which has left students at home for months, telling leaders of the Academic Staff Union of Universities (ASUU) that enough is enough.

The president called on ASUU to reconsider their position on the continued strike, expressing worry that the hiatus will have generational consequences on families, the educational system and future development of the country.

The President, who stated this when he received some governors of the All Progressives Congress (APC), legislators and political leaders at his residence, said the strike had already taken a toll on the psychology of parents, students and other stakeholders, throwing up many moral issues that already beg for
attention.

President Buhari noted that the future of the country rests on the quality of educational institutions and education, while assuring that the government understands their position, and negotiations should continue, with students in lecture halls.

“We hope that ASUU will sympathise with the people on the prolonged strike. Truly, enough is enough for keeping students at home. Don’t hurt the next generation for goodness sake,” he said.

The president called on all well meaning Nigerians, particularly those close to the leaders and members of the association, to intervene in persuading the lecturers to reconsider their position, and the ripple effect on an entire generation and the nation.

President Buhari said students from Nigerian universities will be faced with the challenge of competing with others in a highly connected and technology-driven work space, and keeping them at home only deprives them of time, skill and opportunities to be relevant on the global stage.

“Colonial type education was geared towards producing workers in government. Those jobs are no longer there. Our young people should get education to prepare them for self-employment. Now education is for the sake of education.

“Through technology we are much more efficient. We should encourage our children to get education, not only to look for government jobs,” he added.

President Buhari said resources should be channeled more into building infrastructure and operations of the health and educational sector, not to expand the bureaucracy to create job opportunities.

“By this time next year, I would have made the most out of the two terms, and the remaining months I will do my best,” the President noted.

President Buhari urged those in political positions and places of privilege to be mindful in helping the many Nigerians that were looking for opportunities.

“If you are greedy, you won’t look around to see what is happening with those who are less endowed,’’ he said.

The President told the governors and political leaders that he had not been to his house in Daura for close to a year due to the demands of office.

“The observation that I abandoned my base was made by the Emir of Daura, Dr Faruk Umar Faruk, at the eid prayer ground. He held the microphone and told everyone that the last time I was in Daura was during the Eid-el-Kabir of 2021,” he added.

Buhari said he would retire to Daura, not Kaduna, where he had a better house.

“In ten to eleven months time, I will come here. I have a better house in Kaduna, but it is too close to Abuja,’’ he said.

The president explained that the schedule of work was much, saying he recently had to sympathise with the Minister of Foreign Affairs, Geoffrey Onyema, who had to be away most of the time from his family.

Buhari urged the APC stalwarts to keep working for the good of the people and the country, noting that “ We are a lucky people, and we need to reflect more on where we are coming from.”

He said relative to the resources available, and compared to the last administration, the government had done well in many areas, particularly in infrastructure.

“I wish the person who is coming after me the very best,” he said.

On security, the President said the North West had posed more challenges, and some success had been recorded in other regions, North East and South South.

The president advised some indigenes in the South South to stop hurting national assets, which also affect their livelihood.

“I am eager to go. I can tell you it has been tough. I am grateful to God that people appreciate the personal sacrifices we have been making,” he added.

In his remarks at the meeting, the Chairman of Progressive Governors’ Forum, Abubakar Atiku Bagudu, thanked the President for his leadership roles in improving the economy of the nation and the many successes recorded at the APC, which include two conventions to produce the party leadership and the presidential candidate, Asiwaju Bola Tinubu.

“We will work hard to ensure the success of our party. We have reasons to work very hard,” he added.

Bagudu, who is the Governor of Kebbi State, said the favorable seasons supported the vision of ensuring food production and making agriculture a priority, with clear results in rice pyramids in various states.

“In spite of the attacks by the renegades, our country remains self-sufficient in food production. We have seen investments that were not there before you came into power.

“Not less than 20 states now have agriculture process zones. We have rice pyramid in Ekiti, Gombe and Niger, while maize pyramids were revived in Katsina and Kano states,” he said.

He said more than 54 rice meals were commissioned in various states, and 57 fertiliser plants were revived, or built afresh.

“All these were achieved because of your commitment and patriotism,” the governor told the President.

Bagudu also appreciated the President for providing ease of access to governors and political leaders, noting that the opening of the National Economic Council for more fluid exchange of ideas greatly helped in improving the economy.