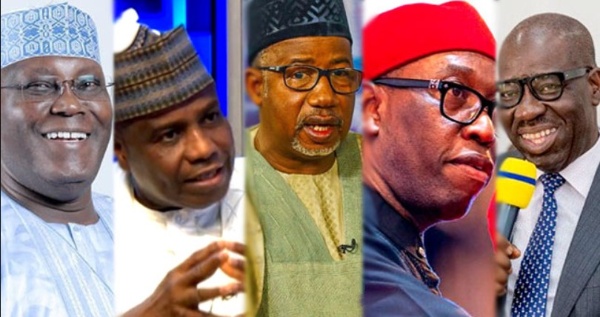 The candidate of the Peoples Democratic Party (PDP), Ademola Adeleke, was on Sunday declared the winner of the Osun State governorship election to cheers from allies and supporters.

Adeleke, 62, was returned elected by the Independent National Electoral Commission (INEC) after polling 403,371 votes, to defeat his closest rival and incumbent governor, Governor Adegboyega Oyetola, who scored 375,027 votes, as well as 13 other contestants in the race.

Besides, he won 17 of the 30 Local Government Areas (LGAs) of the state while Oyetola of the All Progressives Congress (APC) clinched the remaining LGAs.

In a tweet to celebrate his victory, the governor-elect said, “I have brought light to Osun State.”

Elsewhere, supporters flooded the streets in jubilation while some of his political associates and PDP leaders who also could not hold back their excitement took to their verified social media handles to celebrate the feat.

Among them was the PDP presidential candidate and former vice president, Atiku Abubakar, who said Adeleke’s triumph was a well-fought victory.

He thanked all stakeholders who contributed to the success, as well as felicitated the people of Osun State ‘for proving that power indeed belongs to the people’.

Some governors elected on the PDP platform, including Aminu Tambuwal of Sokoto, Bala Mohammed of Bauchi, Godwin Obaseki of Edo, and Ifeanyi Okowa of Delta who is also the party’s vice-presidential candidate, also congratulated the governor-elect.

A former Senate President, Bukola Saraki, also shared a video of himself with Adeleke’s nephew and music star, Davido, during the period of the collation of results by INEC.

Read the tweets below: