Bello Matawale Passes A Licence To Kill Or Be Killed 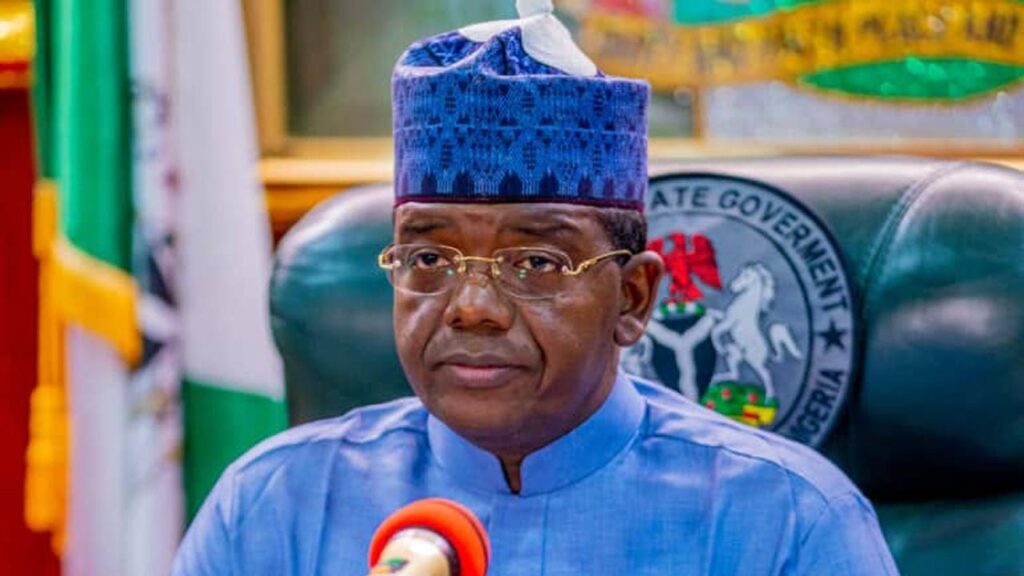 The question of devolution of power or “true” federalism, as it is popularly called in some parts of Nigeria, has for long been posed and construed in certain government and unofficial circles as a call for the dismemberment of Nigeria.

It was viewed as marking the cleavage between the North and South in their respective vision of how Nigeria is to develop as a nation of peoples with diverse cultural and political backgrounds.

That issue in an ironic twist is being presently reshaped and given prompt expression by certain developments caused by the security situation in the North. Perhaps, this is just as things should be.

To be sure, some of these developments that are forcing the hands of stakeholders are neither new nor peculiar to the North. The Southern states were, indeed, the first to pose these questions and demand answers to them. But they could neither give them expression, nor could they express their concerns with the same urgency that the security situation in the North is forcing some of the Northern states to do, without appearing to be driving for the dismemberment of Nigeria under a president of Northern stock as has been the case in the last seven years.

The call by the Zamfara State government to its citizens to apply for and obtain licence to bear arms, in order to defend themselves from terrorists renamed bandits that have turned the state into a frontier region of lawlessness, is raising concern in many circles. Pushed to the wall and at its wit end on how to ensure the security of life and property, the government of Bello Matawale is opening the door for Nigerians in the state to obtain licence to bear arms.

The logic behind this move is very obvious: it is the terrorists’ possession of arms that gives them the advantage they have over citizens that have become mere preys in their own homes. While Abuja has in the main been measured in its opposition to the emerging situation in Zamfara, other agents of state have not been that careful. Again, for obvious reasons.

Lucky Irabor, a four-star general and Chief of Defence Staff, has been quick to oppose the move as has been other security agencies. Their opposition is hinged on the obvious fear that empowering Nigerians in this manner could easily lead to the proliferation of arms, which is an issue that has been of concern in recent years. Another possible point of concern for security agencies and agents like the military is that democratising arms ownership in the manner being proposed in Zamfara would divest these agencies of their monopoly in this area.

Nigerians have not arrived in the present situation at the same time. Some got here much earlier than others but they were not given the attention their situation demanded. Given the parlous state of insecurity that has grown even more precarious since the emergence of Boko Haram and other fringe elements that have compounded matters under the Muhammadu Buhari administration, Nigerians have been agitating for a change in how the country’s security architecture has been designed. The idea of a centrally-managed security arrangement was no longer seen as a viable option or proposition. It became an electoral matter that politicians have been very adept at paying lip service over the course of many years.

It was the basis of the call for state governments to have control in the policing of their domains. It was an agitation mostly championed by Southern states that were also at the forefront of the calls for fiscal federalism.

These matters were conflated and in no time at all, they were given very political colouration that left many politicians and others speaking from both sides of their mouth. The rage from the forests that brought terrorists who hitherto made their homes in uninhabited wilderness moving into built-up communities where they rape, rob and murder in their thousands, even as some resorted to kidnapping, gave fresh impetus to the calls for states to take control of their own security. But Abuja was never open to that discussion.

Those who made pre-election promises to address the matter in favour of states having their own police organisation suddenly claimed not to know what was meant by state police or the idea of power devolution. The All Progressives Congress, APC, that had put up a body that came up with specific propositions on the matter under the leadership of Governor Nasir el-Rufai lost the motivation to follow through with the recommendations of its own party.

Today the chickens are coming home to roost as the terrorists of the North-East linked up with their counterparts in other ungoverned parts of our country, including the North- Central states of Niger and Kaduna, and moved to the North-West, making a wasteland out of the vast swathes of land and communities in the region.

The lawlessness has been such that many states of the region are effectively being run by terrorists who have imposed levies and other forms of taxations on the people. Both the people and government of Zamfara have been under this form of governance for years. Communities are randomly sacked and the inhabitants taken captives without any meaningful response from our bedraggled military, not to mention a non-existent police force among other paramilitary agencies.

The desperation and loss of hope that is driving the call by Matawale to arm the people of Zamfara comes exactly from their helplessness to which Abuja itself has no answer. Before now Bello Masari, governor of Katsina State, had challenged the people of the state to defend themselves against so-called bandits in the same vein as Matawale. And before them, it was T.Y. Danjuma, the retired general, who called on his people to either take the bull by the horn and defend themselves against so-called Fulani herders or wait and be eliminated one by one.

There was a peaceful and better organised way to go about this but Abuja and other pretenders have always been a stumbling block. Now everyone is coming to the realisation that the first law of survival is self-preservation, everybody is determined to take their fate in their own hands. If Abuja cannot provide effective protection, it should not stand in the way of the people.