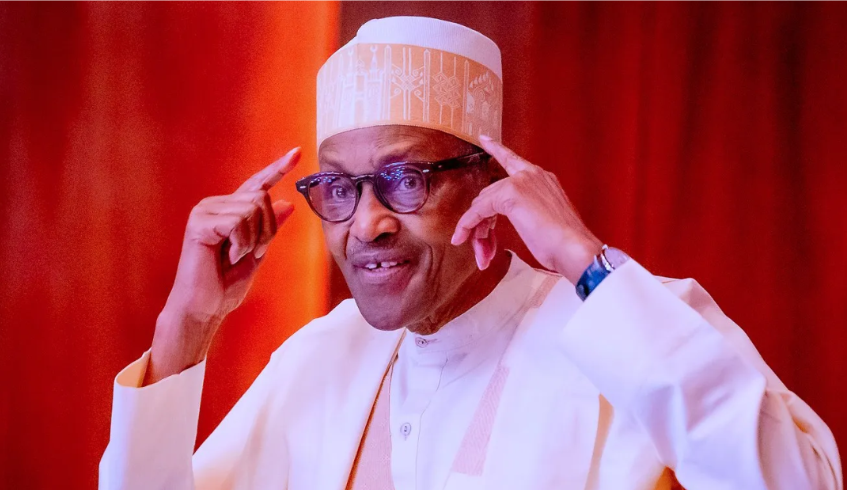 He said his administration had taken various decisions including the closure of land borders for two years for the benefit of farmers.

President Muhammadu Buhari on Friday in Daura, Katsina State, lauded the nation’s farmers for the record production of rice and other food commodities.He also expressed satisfaction that the agricultural policies of the administration were working to good effect.

Garba Shehu, the president’s spokesman, in a statement, said Mr Buhari made his assertions when the elected local government council chairmen from Katsina State paid him Sallah homage.

He said his administration had taken various decisions including the closure of land borders for two years for the benefit of farmers who were the driving force of the rural economy, expressing happiness that these had worked well for the nation.

He said: “I have a good understanding of the country and its people. That is why we instituted those agricultural policies. I said we must grow what we eat and eat what we grow.

”This is a country that was once dependent on foreign rice. We closed the border to foreign rice. I said why can’t we eat Nigerian rice, and with the policies put in place, Nigerians are eating home grown rice.”

Mr Buhari also played up the successful implementation of the Treasury Single Account (TSA), saying money had been saved from unscrupulous government officials.

“I found a tough man (Hamid Ali) for the job at the Customs.

“One day, he came to me and said that they had intercepted 20 fuel tankers about to cross the border. I said to him sell the fuel and the tankers and put the money in TSA.

“Before this time, that money would have found its way to the numerous mysterious ‘government’ accounts,” he said.

On the suggestion by Ya’u Gojo-Gojo, the Commissioner for Local Government and Chieftaincy Affairs, who led the council chairmen, that the agricultural policies of the administration be made into law to ensure continuity under the all incoming administrations, Mr Buhari said such good policies would commend themselves to any government.

Mr Buhari reiterated his earlier statement that his farm in Daura, handed to him by his forefather, was the next thing on his mind when he leaves office next year.

Earlier, Mr Gojo-Gojo had commended the president for initiating several measures to transform agriculture in order to increase farmers’ income during the last seven years.

He told the president that before this time, Katsina people knew how to eat rice but had no inkling as to how to grow and process it.

“Today Mr. President, rice is grown in all our communities. There are at least 30 small scale rice processing mills in the state. People have embraced animal husbandry and they are making a lot of money,” he said.

The commissioner also briefed the president about the security situation in the state.

He said that the state’s amended security law had brought everyone into the mix – state government, local governments, traditional rulers and the ordinary citizens, with each one playing their part in helping to reduce the worrisome security threats facing the state.

According to this report, Nigeria ranks the third largest importer of rice in 2021/2022 with 2.0 million metric tonnes brought into the country.