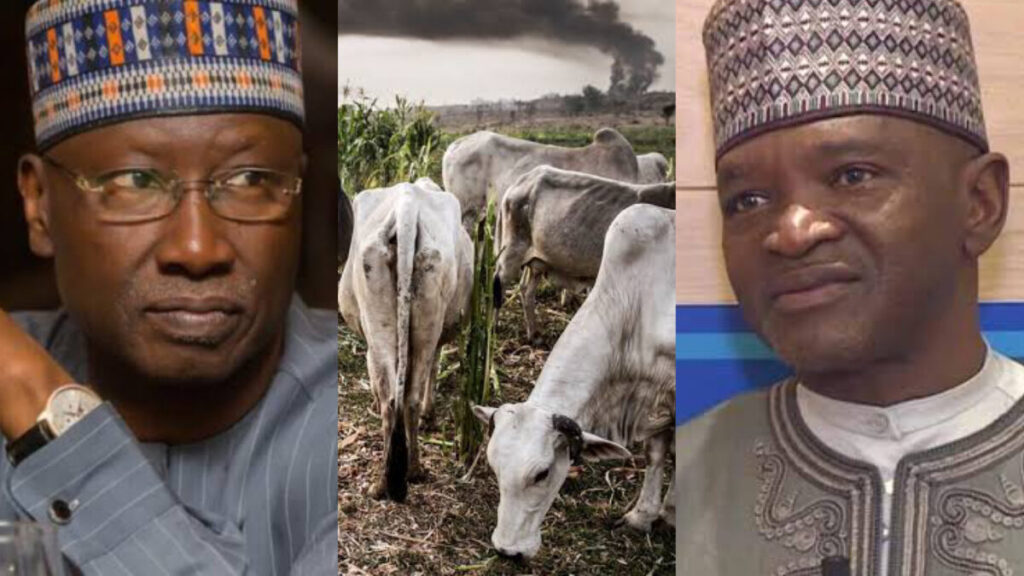 The SGF urged the ministers to take necessary action on the matter to ensure peaceful coexistence between farmers and herders across the country.

Anew memo by the Secretary to Government of the Federation has advised the resuscitation of the federal government’s ranching programme that has suffered a long hiatus due resistance by many states.

The memo obtained by NAN was signed by David Attah, a director in SGF Boss Mustapha’s office and addressed to ministers of Agriculture and Information.

It highlighted an urgent need to revisit and remodel the ranching programme to address the recurring clashes between herders and farmers across the country.

The memo titled, “Heightened misunderstanding between farmers and herders in Abia, Delta and Kwara States’’, stated the recurring invasion of farmlands by migrant herders with accompanying hostilities across affected agrarian settlements had continued to pose threat to food security.

The SGF noted that the situation had affected peaceful coexistence in the affected communities.

“The aforementioned development underscores the need to revisit and remodel the ranching programme.

“And to partly facilitate the campaign against inflammatory and divisive statements that are capable of escalating the subsisting crisis between farmers and herders,” the SGF added.

He urged the ministers to take necessary action on the matter to ensure peaceful coexistence between farmers and herders across the country.

According to him, there is a looming confrontation between itinerant herders and farmers in Opiene community, Arochukwu Local Government Area of Abia over alleged invasion by the herders on farmlands in adjoining Oblene forest.

He said nomads numbering about 15 arrived at the agrarian settlement from neighbouring Itu village in Odukpani Local Government Area of Cross River.

“Similarly, uneasy calm has pervaded Ogwashi-Uku and Ubulu-Unor communities in Aniocha Local Government Area of Delta State, due to increasing presence of strange pastoralists in the area.

“The anxiety followed the refusal of some residents to serve as guarantors to the intruding herders, who have already encroached on some farms at Chibata and Aboh-Ogwashi villages in the same LGA.

“Relatedly, in Kwara, some nomads operating around the Marafa axis of Ilorin-East Local Government Area were reportedly ready to confront members of their host community.

“The planned confrontation was as a result of the recent attack on two of their kinsmen in the area.

“Meanwhile, the victims, Sadik Isah and Abubakar Bindo were said to be receiving treatment at the University of Ilorin Teaching Hospital,’’ he added.

The federal government had introduced the National Livestock Transformation Programme as a panacea to the farmer-herder clashes but the programme had yet to yield desired results.

In December 2021, Abuja released N1 billion to Kaduna, Plateau, Nasarawa and Adamawa states for the commencement of the remodelled livestock programme.

A total of 22 out of the 36 states of the country had in October 2021 indicated interest to key into the programme.

Initial attempt by the federal government in 2018 to establish 94 ranches in 10 states prone to herdsmen-farmers clashes was stalled due to misunderstanding of the programme by stakeholders.

The National Economic Council (NEC) chaired by Vice President Yemi Osinbajo had at the time approved a 10-year National Livestock Plan which will cost about N179 billion.