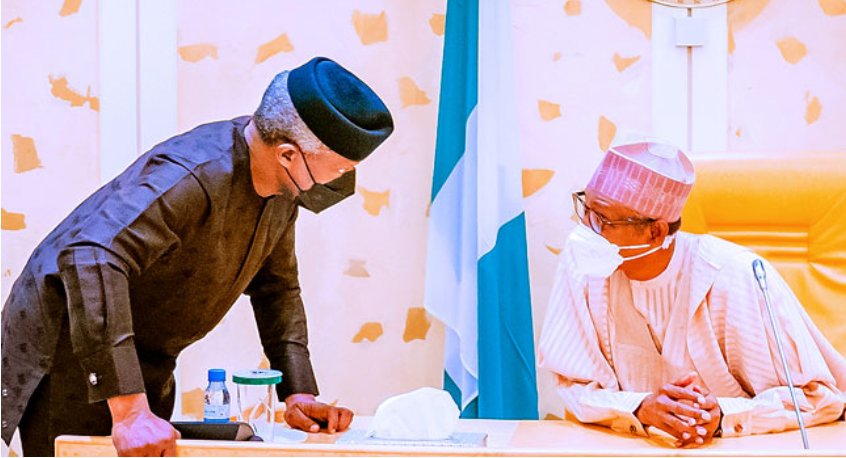 President Muhammadu Buhari has wished Vice President Yemi Osinbajo a speedy and full recovery after the VP underwent surgery for a leg fracture on Saturday.

In a statement by his Special Adviser on Media and Publicity, Mr Femi Adesina, the President gave God glory for the success of the surgery and prayed for Professor Osinbajo’s quick recovery.

He also commended the medical team at the Duchess International Hospital in Ikeja, Lagos for “their competence and a job well done”.

The Vice President announced via a Twitter post on Saturday that he had been admitted and was billed to undergo surgery after experiencing pain in his leg, discovered to be from a fracture he sustained while playing squash.

His spokesperson, Mr Laolu Akande, later issued a statement saying the surgery was a success.

According to him, the Vice President is alert and well after the procedure at the Duchess International Hospital in Lagos.

“The Vice President of the Federal Republic of Nigeria, His Excellency, Professor Yemi Osinbajo, SAN, GCON, was admitted to the Duchess International Hospital GRA, Ikeja, Lagos, today on account of a fracture of his right femur (thigh bone), possibly related to a longstanding injury associated with a game of squash,” stated Dr Adedoyin Dosunmu-Ogunbi who is the medical director of the hospital.

“The operation was successful, and he is expected to be discharged within the next few days.”