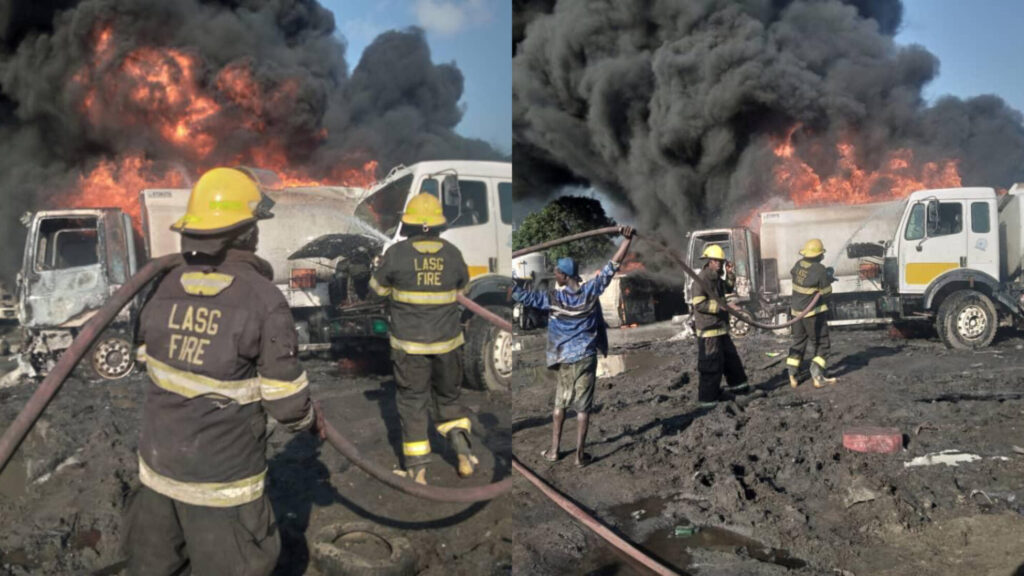 A tanker conveying diesel exploded at Mile 2 in Lagos on Tuesday afternoon, causing panic among commuters.The fire broke out at about 3:44 p.m.

Footages shared online showed officials of the Lagos State Fire and Rescue Service trying to put out the fire.

“The Lagos State Fire and Rescue Service is presently combating intense Fire at an articulated Motor Park, Otto Wharf, Mile 2, Lagos which resulted from a tanker carrying diesel that exploded and resulted in inferno reported at 3:44pm,” @LagosRescue tweeted.