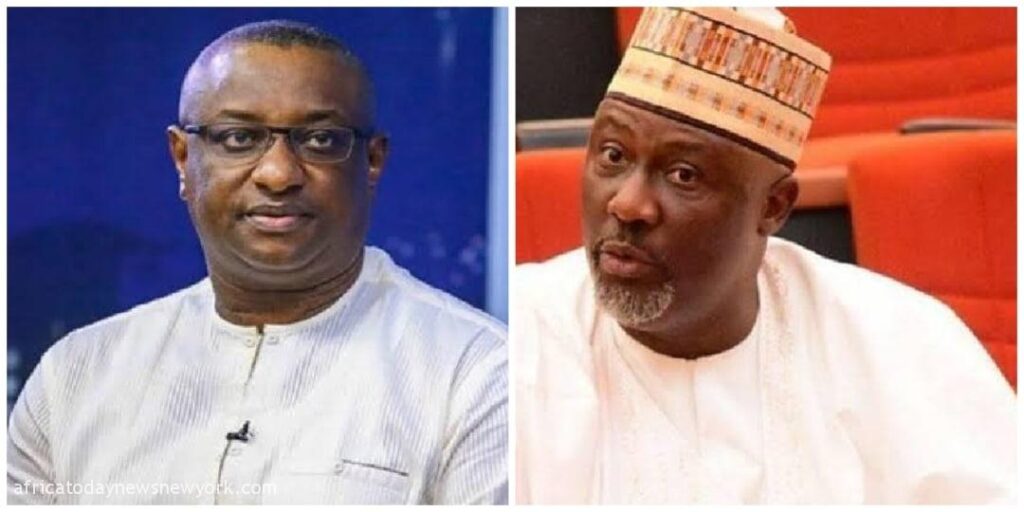 Earlier in the week, Mr Keyamo had described Mr Melaye as a comedian whose competence is well below managing communication for a national political campaign.

Dino Melaye, a campaign spokesman for PDP’s Atiku Abubakar fired a tirade towards his APC counterpart Festus Keyamo, saying the latter’s attempt to sell his principal Bola Tinubu makes him “looks stupid.”While appearing on Channels TV’s Political Platform on Friday evening, Mr Melaye said the ruling APC and all of its candidates in the 2023 elections had become hard sells owing to the failure of the President Muhammadu Buhari regime.

“Today the most difficult candidate to sell is any APC candidate whether at councilorship level or house of assembly level,” Mr Melaye said. “That is why you cannot defend Bola Tinubu, promote Bola Tinubu, and not look stupid. That was what happened to my brother and friend, Festus Keyamo.”

Opposition party PDP, which Mr Melaye speaks for, is hoping to dislodge the ruling APC which had held reins of government since it dislodged the PDP seven years ago.

Mr Melaye, however, said his party did not perform abysmally as the APC has so far done.

“Today, in this present administration, Keyamo is telling Nigerians that Tinubu wants to continue exactly what Buhari has done and is doing, if you subtract external debt under the Buhari administration today from revenue what you have is – 0.82,” Mr Melaye highlighted.

Earlier in the week, Mr Keyamo had described Mr Melaye as a comedian whose competence is well below managing communication for a national political campaign.

He maintained that the Buhari regime, under which he serves as a junior cabinet minister, has performed well and Mr Tinubu would be borrowing the same template being used currently to run his own administration.