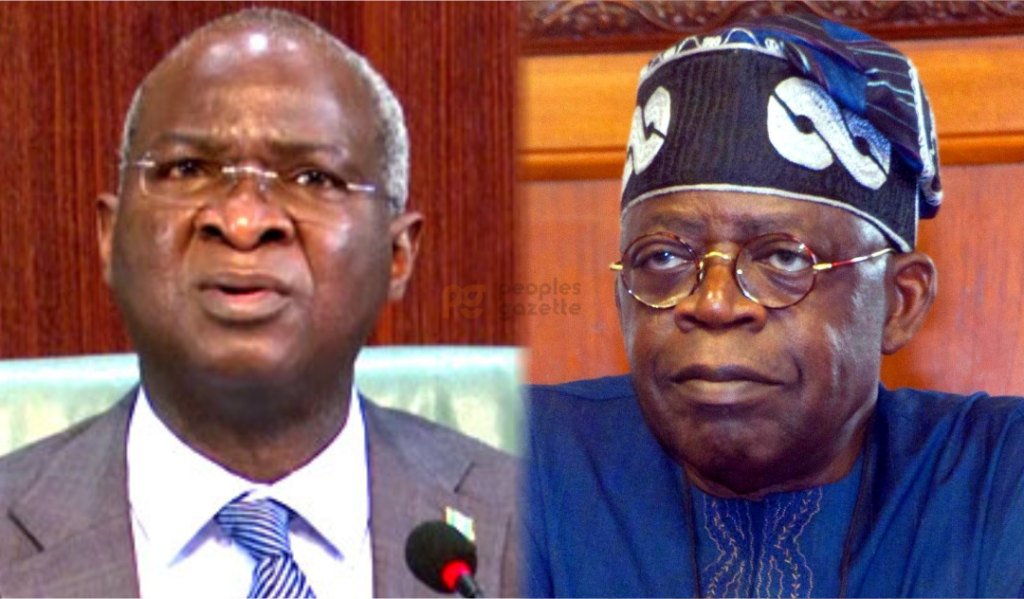 Minister of works and housing, Babatunde Fashola has described the presidential candidate of the ruling All Progressives Congress, APC, Asiwaju Bola Tinubu as the best candidate to drive Nigeria to prosperity.

Fashola made this assertion on Sunday while speaking on Sunday Politics, a Channels TV political show.

He noted that Tinubu is a leader, who is capable of moving the people towards the prosperity that is imminent for Nigeria.

He said, “In my own opinion, Asiwaju is the best person to drive that vehicle because I’ve worked with him at very close quarters. I know his capacity. I know his tenacity.”

The Minister also said right-thinking Nigerians will vote for the APC in the 2023 general election.

Fashola expressed confidence that people will vote APC based on its achievements, compared to previous governments.

He said, “Nigerians have had the opportunity of two governments.

“On a very deep reflection, right-thinking and well-meaning Nigerians will re-elect our party into governance, I am optimistic about that.”

He said, “I think we have served this country as efficiently as we can — in the most difficult of times.