FG: Insecurity Has Not Affected Food Production Significantly Across Nigeria 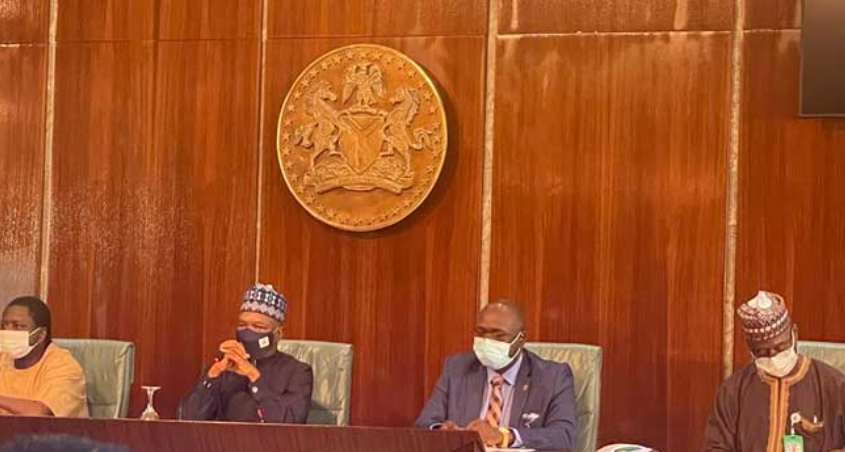 The Minister of Agriculture, Mohammed Abubakar, on Thursday said in spite of the protracted security challenge in the country, food production has not dropped.

Speaking during the weekly ministerial briefing at the State House in Abuja, Abubakar acknowledged that the insurgency, inhibiting farmers from accessing their farms, particularly in the North-West, North-East, and North-Central, is a concern for the Federal Government.

He, however, maintained that food production continues at an appreciable level for most parts of the country.

The minister further revealed that 3.6 million direct and indirect jobs have been created through $1.1 billion in externally-funded agriculture projects and are being implemented by the present administration.

According to him, $538 million dollars was approved by the African Development Bank (AfDB) for special agricultural processing zones to support inclusive and and sustainable agricultural development in Nigeria.

While debunking recent reports that Nigeria is not on track to end food hunger by 2025, Abubakar cited Nigeria’s food production sufficiency (which has placed the country as number 1 in Africa and 4th in the world in rice production) as evidence that President Muhammadu Buhari is living up to his promise to lift 100 million Nigerians out of poverty within a decade.

So far, the agriculture sector, he said, contributes an aggregate of 25 percent to the nation’s Gross Domestic Product (GDP) and looks towards an upscale of 26-27 percent in 2022.