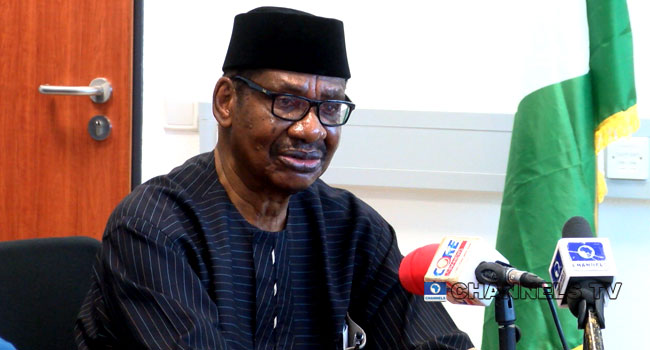 This came as notable Nigerians, including the Minister of Works and Housing, Mr. Babatunde Fashola; former Governor of Ogun State, Mr. Segun Oshoba, and others, yesterday, urged leaders to emulate Sagay’s honesty and courageous lifestyle.

Sagay said this during the launch of his autobiography, titled: ‘All Will be Well’, in Lagos.

On the state of the nation, the legal luminary expressed worry over the worsening state of insecurity in the country.

His words: “This government has achieved a lot of things, which tend to be under stated by the public.

“But the great problem they have, which can have effect of negatising every good thing they have done, is insecurity.

“For me, if I were in government now, the major task is to tackle the horrendous insecurity situation.

“There’s nowhere safe in this country anymore and every resource we have should be directed at correcting that and suppressing these people who have made our life impossible.

“They have to be brought to book, be gathered together and eliminated, for peace to come back to this country, so that people can sleep with two eyes closed and move anywhere in the country. Now, we can’t move by rail, we can’t move by road, the airlines almost went on strike. That is the most critical thing government has to do.”

Also speaking on the strike embarked upon by the Academic Staff Union of Universities, ASUU, Sagay said: “It is devastating. I feel ASUU has assumed a hard line to the extent that they are seeing classrooms empty, education brought to standstill, no progress and everything drifting and their hearts are not bleeding.

“I don’t understand how someone can be so hard hearted.

I think ASUU is uncompromising; the government cannot really keep all the terms. They should go easy on government. It is too much, we are talking of trillions. Look at all the needs and demands from every sector of the country.

In his remarks, former governor of Ogun State, Osoba, described Sagay as a pious and compassionate Nigerian.

Osoba said: “I would like the present day leadership to emulate his honesty, courage and also speaking truth to the authority.

“We grew up together, I know him for over 50 years and he is a man who is pious, compassionate and an activist. As he is pious he is also an activist and a strong politician although in later years, he didn’t show too much of partisan politics.”

He made my 4 years in UNIBEN memorable —Fashola

Also speaking, Mr Fashola described Sagay as a man who seems to know all and who impacted so much on him as undergraduate.

He said: “He was a man who seems to know all. In my second year in school, the way he led the faculty as our Dean of Law, building a human development capacity of a crop of very young and enterprising lecturer to develop our minds makes me eternally thankful for what I learnt in the University of Benin under him.”