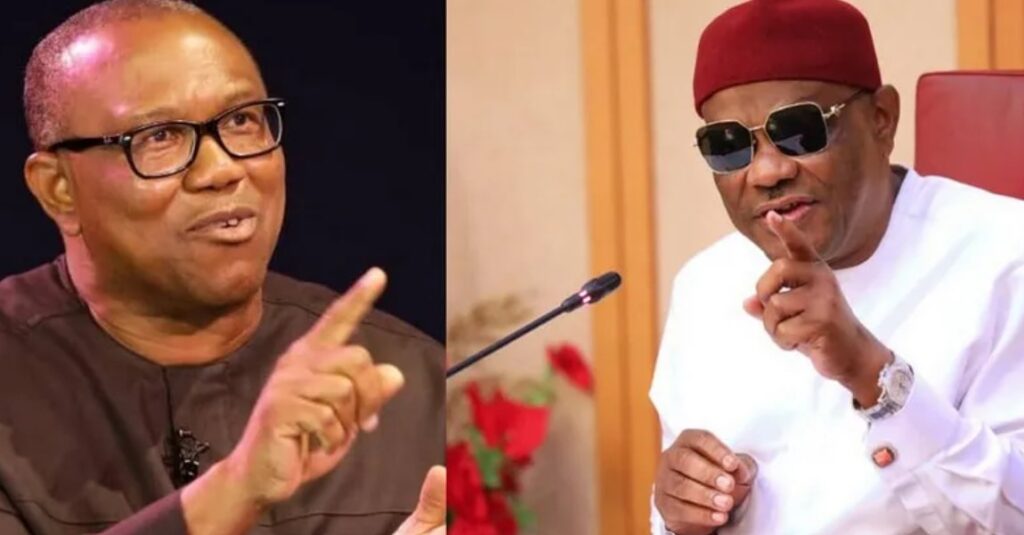 Governor Nyesom Wike of Rivers and presidential hopeful says Peter Obi’s dumping of the Peoples Democratic Party few days before the party’s primary elections, proves he lacks the integrity and character required to govern Nigeria. Speaking in an interview on Channels TV on Thursday, Mr Wike admitted that Mr Obi’s economic expertise did not guarantee he embodied the virtues befitting a president.

“You can be the best economist but you don’t have character, no integrity,” Mr Wike said in an alarming tone while referring to Mr Obi in the second person.

The Rivers governor viewed Mr Obi’s eleventh-hour defection as a betrayal to the PDP which entrusted him with the vice-presidential ticket in 2019.“A vice presidential candidate of the 2019 election, what is he seeing differently now that he did not see for how many years, just 72 hours? 72 hours! (before the PDP primary elections),” added Mr Wike. “That’s why I said some people can become presidential candidates and they will still abandon your party, mess you up,” Mr Wike pointed out.

Mr Obi resigned from the PDP for a yet-to-be disclosed party, fearing he may be humiliated at the upcoming PDP convention despite his widespread popularity amongst everyday Nigerians.

His defection has drawn mixed reactions from his supporters and critics who believe the move would be a major determinant of Mr Obi’s political future.