Governor Fayemi – I Have Not Dropped My Presidential Ambition For Osinbajo 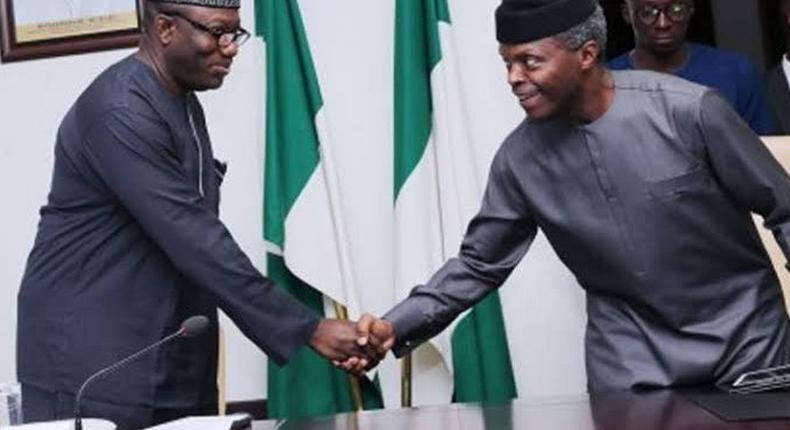 Governor Kayode Fayemi of Ekiti state has said that he has not dropped his presidential bid for Vice President Yemi Osinbajo.

The Governor reacted to claims of dropping his aspiration for the vice-president after a closed-door meeting, via a statement released by his media aide, Femi Ige.

Fayemi described the claim as “absolute rubbish”, adding that real leaders of the All Progressives Congress are backing his ambition.

“[It is] absolute rubbish. No meeting took place between us and any aspirant about stepping down.

“We are undoubtedly among the leading aspirants for the position and one to watch in the race.

“Our candidate has deep trust and respect among political leaders in the party and also from fellow governors who form a critical mass in the decision-making process.”