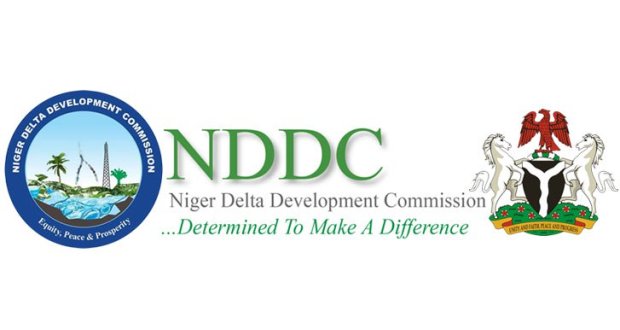 According to a statement tilted: Re’ Attempt by the Ministry of the Niger Delta Affairs to Annex NDDC is illegal, Unlawful and shall be strongly resisted”, the group faulted the alleged sponsored media reports accusing Umana of plot to annex the commission.

In the statement signed by its Director of Public Communication, Dr. John Douglas and made available to newsmen yesterday in Uyo, they described the accusation as baseless.

It reads:”We have read with amusement, the above sponsored press statement against the Minister of Niger Delta Affairs, Mr Umana Umana, alleging attempt to annex the NDDC to MNDA. No one whose recruitment is legal, lawful and legitimate, will oppose or fret over a Ministerial directive for a personnel audit of the NDDC.

“It can no longer be business as usual for unscrupulous persons who used NDDC funds to finance personal or sectional interest, vowing “time to do things differently starts now. It is on record that the annexation of the commission was initiated by the presidency.

“The transfer of the supervisory role of the NDDC from the office of the Secretary to the Government of the Federation, SGF, to the Ministry of Niger Delta Affairs, did not start under Mr Umana Umana.

“One thing is certain though, there is a new dawn in both the NDDC and the MNDA. It can no longer be business as usual. Unlike in the recent past when corruption was a direct principle of State policy which saw NDDC funds being used to finance personal or sectional interest, the time to do things differently starts now.

“Except those who perpetrated or benefited from the faulty, flawed and fraudulent staff recruitment exercise, lovers of good governance will attest that the ongoing reforms are meant to ensure that processes and procedures are transparent, and followed due process.

“Abuse of office and public trust must give way to due process, transparency, accountability etc.

“No matter the degree of distraction that may raise its ugly head, we all as Niger Deltans must applaud the Minister and his resolve in implementing his strategic Ministerial Action Plan of ensuring among others, the review of “Disproportionate recruitment of staff during the COVID-19 lockdown,” based on petitions over irregular promotions and deployment of staff in the NDDC; the compilation/Publication of list of all completed projects in the NDDC awaiting payments for public scrutiny; the Suspension of all further award of contracts on water hyacinths in the Niger Delta the ; the implementation of recommendations of review of the Forensic Audit Report into the operations of the NDDC and most importantly, the constitution of the board of the NDDC in line with extant law.