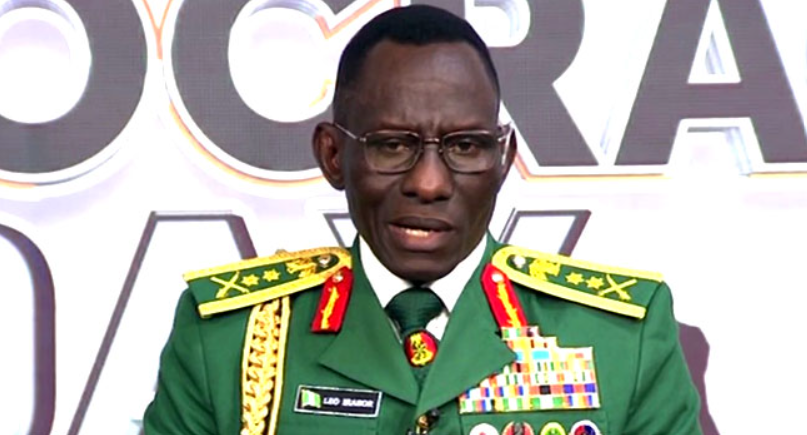 Amid the worsening insecurity across the country, the Chief of Defence Staff, General Lucky Irabor has assured Nigerians that the 2023 general elections will hold.

There have been serious concerns by Nigerians as to whether the polls will be conducted by the Independent National Electoral Commission (INEC) across the country as terrorists and bandits keep having a field day despite repeated assurances by the Federal Government to tackle insecurity.

But speaking during a media parley on Tuesday at the defence headquarters in Abuja, General Irabor said the military will do everything possible to ensure that nothing stops the poll from holding.

The Defence Chief also reiterated the commitment of the military to protecting the democratic ideals in Africa’s most populous nation.

According to him, the military has made a covenant to protect Nigeria’s democracy and it has not changed its position.

The parley is meant to solicit the support of the media organisations towards tackling the security challenges in the country.

It is the second in the series of engagements between the chief of defence staff and executives and editors of media organisations in Nigeria.

He also used the opportunity of the briefing to reveal that the assailants linked to a suspected terror attack on the Saint Francis Catholic Church in Owo two months ago have been arrested.

Though he did not reveal the number of arrested suspects, Irabor stated that the attackers were arrested during joint operations involving the Armed Forces, the Department of Security Services (DSS) and the police.

About 40 people were killed when the gunmen stormed the church on June 5, opened fire on the congregation, and also detonated explosives as the worshippers scampered for safety.