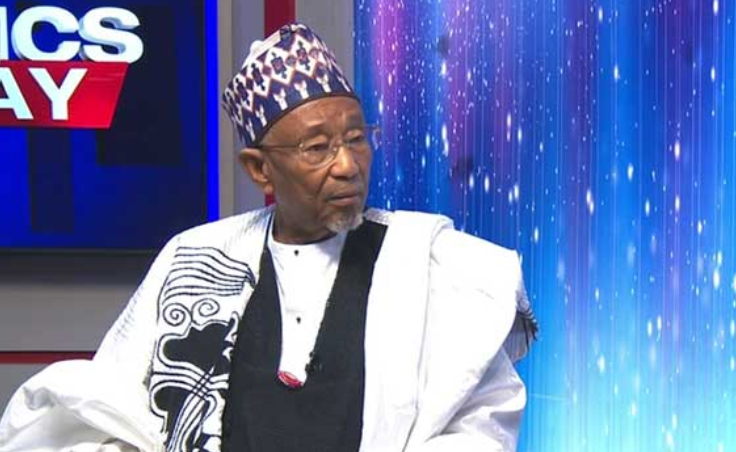 Yet another senator of the ruling All Progressives Congress (APC), Adamu Bulkachuwa, has backed plans to impeach the party’s leader, President Muhammadu Buhari over the worsening security situation in the country.

This comes a few days after a similar APC lawmaker from Adamawa State, Elisha Abbo, faulted the President’s handling of the nation’s security challenges, publicly endorsing the impeachment moves being driven by the opposition Peoples Democratic Party (PDP) members in the Senate.

Bulkachuwa, who represents Bauchi North in the National Assembly, was a guest on Channels Television’s Politics Today, saying he and his colleagues had tried in many ways to help the President tackle insecurity in the country but have been unsuccessful.

“We in the legislature, we have tried all within our power, except one thing,” the distraught lawmaker said.

Bulkachuwa said the lawmakers also tried to engage service chiefs and other security personnel “to find out what their problems are and when they tell us, we try to find solutions and also advise the President accordingly.”

“Even the financial situation in the country is not improving. We are just one arm of government and are limited in the execution of proposals and actual enforcement of laws.

“So what we can do is remind the executive that we have a constitutional responsibility to pull your ears by way of notice of impeachment and give you chance to see that you care,” he said while expressing disappointment at how the options had not worked and security in the country had only gotten worse.

The majority of the lawmakers agreed that Buhari should be given six weeks to fix insecurity or face impeachment proceedings.

Aduda said there was a need to formally serve the president the notice, but Lawan ruled the FCT senator out of order.

Reacting, Bulkachuwa said the threat by opposition senators to impeach President Muhammadu Buhari is the last and necessary option left for the lawmakers.

When asked if APC senators were among those that clamoured for the impeachment, the lawmaker replied in the affirmative.

He added, “On that day, the Senate went into closed session and it was at the closed session that these issues were discussed and without divulging so much, I can tell you that the majority of senators felt there was a need to initiate that action.”

“I said it was the majority. It wasn’t a 100 percent unanimous agreement (ultimatum to impeach Buhari) per se, but the majority supported it.”