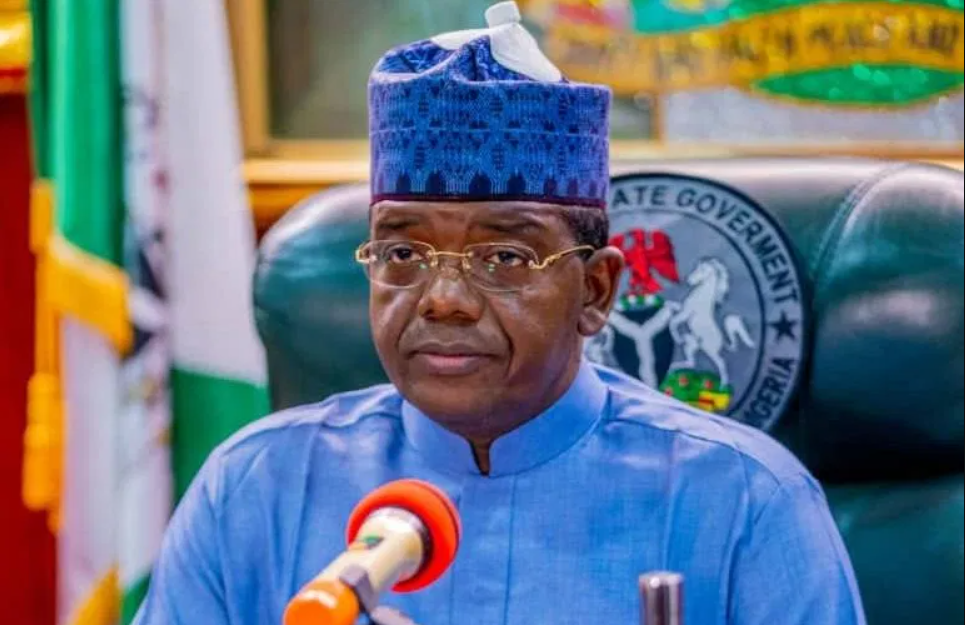 The Zamfara State Government has directed residents of the state to obtain guns in order to defend themselves against bandits who appear to be ravaging the state.

The directive was contained in a statement by the Commissioner for Information Mr. Ibrahim Dosara on Saturday.

According the government, the measure became necessary following the deteriorating security situation in parts of the state.

The commissioner further noted that the government has already concluded arrangements to distribute 500 forms to each of the 19 emirates in the state for those willing to obtain the guns.

Dosara asked those who are qualified and willing to own guns to reach out to the state Commissioner of Police and obtain gun licenses after satisfying the necessary criteria.

Beyond obtaining guns, the state government has also ordered for the recruitment of 200 additional Community Protection Guards in each of the 19 emirates of the state.

Additionally, Governor Mohammed Matawalle has ordered that all markets within the Mada, Wonaka, and Ruwan Bore Districts of Gusau local government, as well as Yansoto emirate in Tsafe local government area be shut, while motorcycle operations have been banned.

Read The Full Statement Below:

Following increase in the activities of bandits in various parts of the state and the government commitment to ensure adequate security and protection of lives and property of the citizenry in the state, particularly during this rainy season, government has resolved to take further measures to deal with the recent escalating attacks, kidnapping and the criminal levies being enforced on our innocent communities.

This act of terrorism has been a source of worry and concern to the people and government of the state. Therefore, in order to deal decisively with the situation in our respective communities, government has no option than to take the following measures:

B. People must apply from the Commissioner of Police, license to own guns and such other basic weapons to be used in defending themselves.

C. A secretariat or centre will be established for the collection of intelligence on the activities of informants.

D. people are strictly warned and advised to make sure that any information or intelligence about an informant must be true and nothing but the truth, as all information on such informants must carry correct data on the suspects, including their pictures, correct names, address, occupation and witness to testify the genuity of the information given, as government is taking punitive measures against any one found as informant. Any person who give wrong information against anybody, will be served the same punishment with an informant and will be treated as such.

E. Government has requested the state House of Assembly to pass, as matter of urgency, the informants bill before it, to enable government take the drastic measures on informants as contained in the bill.

F. Government has ordered for the recruitment of 200 additional Community Protection Guards in each of the 19 emirates of the state, making it 500 per emirate, to increase their manpower and strengthen its force and capacity to deal with the bandits.
To further ensure the efficiency and effectiveness of these measures, as well the proper implementation of these measures, government has also decided as follows:

1. Formation of a special committee to receive intelligence on the activities of informants.
This committee has the following composition:

2. Alh Ibrahim Sulaiman
Chief of Staff to the Governor – Member

11. Bello Bakyasuwa Soja to serve as the secretary to the committee and their terms of reference will be given to them by the office of the SSG on Monday.

2. Formation of additional paramilitary unit to support control and command to properly and effectively reinforce the operations of our community protection guards CPG.

This newly established unit has the following structures and appointments:

Other members of the control and command centre of the Community Protection Guards are.

2. Ibrahim Sulaiman
Chief of Staff to the Governor – Member

6. Rep of the Nigerian Army – Member

7. Rep of the Nigeria Police – Member

Hon Attorney General and Commissioner for justice – Secretary to the committee.

Furthermore, in view of the deteriorating security situation in Mada, Wonaka, and Ruwan Bore Districts of Gusau local government, as well as Yansoto emirate in Tsafe local government, His Excellency, Governor Mohammed Matawalle MON, Barden Hausa and Shatiman Sokoto, has approved the immediate closure of all.markets and Kara in these districts and Yandoto emirate indefinitely. In addition this, government has equally banned riding of motorbikes and selling of petroleum products in Mada, Wonaka and Ruwan Bore districts, as well as Yandoto emirate.

Henceforth, all filling stations on the affected areas are hereby closed with immediate effect. Anybody found riding motorbike within the areas is considered as bandits and security agencies are thereby directed to shoot such persons at sight. Security agencies are by this announcement directed to ensure strict compliance. Anybody found violating this order should be dealt with according to the rule of law. Government would not condone any act where innocent people are being killed.

Government is also using this medium to thank all those who honoured and respect the peace dialogue in what ever form. In the same vein, those who refused to honour and respect the peace dialogue are here by warned to allow peace within our respective communities. Government is hereby directing the military, police, civil defence and other security agencies to mobilise their operatives and take fight to the enclaves of the criminals with immediate effect.