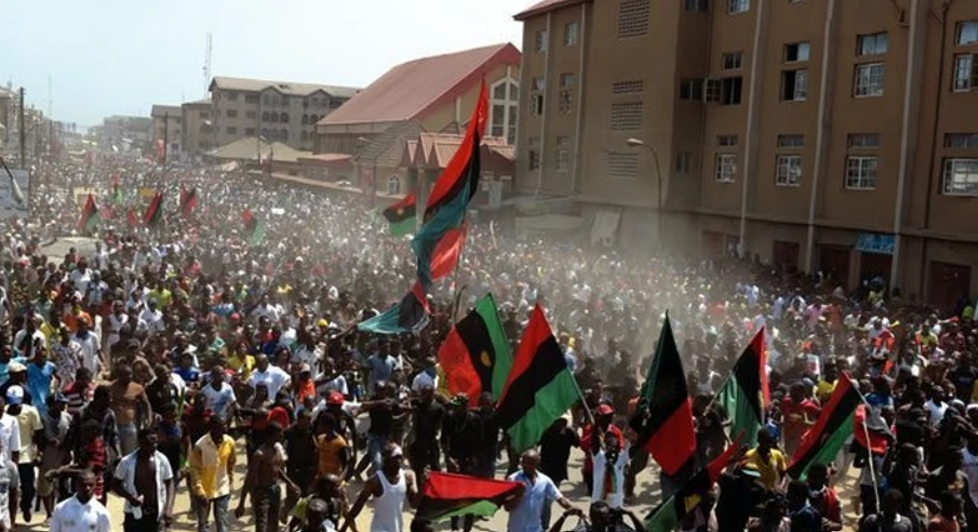 All Hausa people have deserted Ihiala, following heightened attacks on non-natives in the area.

It has been alleged that members of the proscribed Indigenous People of Biafra, IPOB, on Sunday, May 22, 2022, killed 10 Northerners, including a pregnant woman, her four children and six others.

The pregnant woman and her children were killed at Isulo, Orumba North Local Government Area of the state.

The slain woman was identified as Harira Jibril, 32, while the four children were identified as Fatima, 9; Khadijah, 7; Hadiza, 5 and; Zaituna, 2.

The killing of the northerners was allegedly perpetrated by the pro-Biafran group a few days after the discovery of the head of an Anambra State lawmaker, Okey Okoye who was abducted and killed by the terrorists.

Narrating how the woman was killed alongside her children, her husband Jibril Ahmed told BBC Hausa that the insurgents waylaid them on their way back home after a visit to Orumba North.

Usman Abdullahi, the leader of the Hausa community in Ihiala also confirmed the attack, saying the slain woman was a native of Adamawa State.

He said all Hausa people have deserted Ihiala, following heightened attacks on non-natives in the area.

The Sarkin Hausawa of Orunba North LGA, Alhaji Sa’id Muhammad on Monday, May 23, 2022, disclosed that northerners in Anambra State have made up their minds to leave the state because of the constant killing of their relatives by members of the ESN, the armed wing of the outlawed IPOB.

Muhammad who narrated the ordeal told newsmen that the killing of the pregnant woman together with her four children by gunmen was not new to them as many of his people were killed in such a callous manner.

“The woman was from Adamawa State. Before her death, she lived in Orumba South, and on Sunday, she visited her friends with her four children.

“It was on her way back home in Orumba South that she was killed. She was being conveyed by a commercial motorcyclist when they were ambushed by the gunmen. They murdered her and her four children but the motorcyclist escaped,” he said.

In a gory video trending on Twitter, the victims were seen lying in the pool of their blood with bullets spread around and a narrator speaking in Igbo saying, “Everybody should look at this video that they have shot a woman and her four children. They are from the North. And they are shooting everybody they see on the street; so people should be careful.”

According to reports, on that very Sunday, five commercial motorcycle riders were also killed and their bikes burnt at Onocha LGA. The bodies of four of the deceased were deposited in the morgue while the fifth one was burnt to ashes.

Mohammed said another man, Abdullahi, who was selling roasted meat by the roadside at Nnanka, was also killed at his suya spot.

“His body was by the roadside since Sunday evening until in the afternoon on Monday when I called the police DPO and informed him about it and requested him to help us recover the remains.

“He told me that he cannot send his men there because of the sit-at-home order. We are now planning to leave for North as we can no longer stay here…They are killing us on daily basis,” he said.

He said his younger brother, Aliyu, was also killed two months ago in a similar manner.