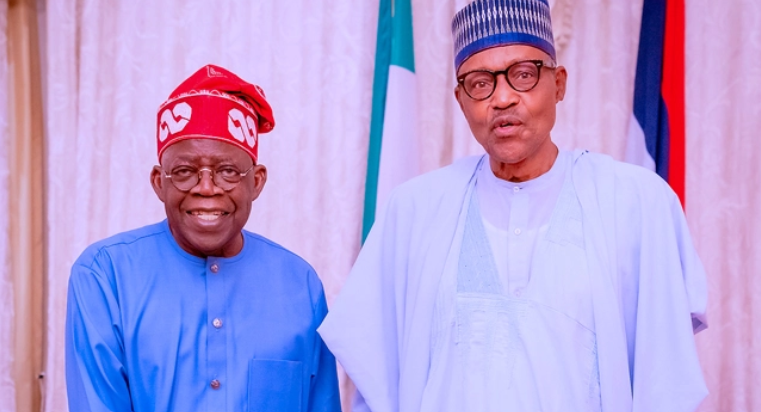 The presidential candidate of the All Progressives Congress (APC) Bola Tinubu has kept mum about his choice of running mate, insisting that the decision is in his “pocketbook”.

Since his win at the APC convention  – which ran between Tuesday and Wednesday –  speculations over who the former Lagos State governor will pick as a running mate have heightened.

But during a visit to President Muhammadu Buhari at the State House in Abuja on Thursday, Tinubu, instead, kept many pundits and observers guessing about his choice.

“I won’t tell you that,” Senator Tinubu told reporters after the meeting. “That is my right; it’s in my pocketbook.”

His visit to the Nigerian leader, days after his victory in Abuja, was to thank Buhari for his support during the APC presidential primary.

Tinubu believes the President’s neutrality in the contest aided his emergence as the party’s flagbearer for the exercise.

“He did not endorse anybody, he did not impose anybody, and he did not at any time attempt to tinker with the process of this election to favour one tribe or the other. He was steadfast, trustworthy, dependable, and a great leader,” he said.

“It is not my victory that is important. It is the process and management of that election that gave it to President Muhammadu Buhari.”

While expressing confidence over his chances of winning next year’s presidential election, the former lawmaker said he is ready to lead the country.

“I am brilliant, I am experienced from the private sector to the public sector and ready to hit the ground running the same day — and not mess up the legacy of progress and honesty that has been left behind and handed over to me by President Buhari,” Tinubu added.

This is as he called on members of the party to rally around him to ensure the APC retains the presidential seat next year.

“We’ve just begun the hard work,” he said. “The work ahead to win the victory for our party is a hard one and we will win.”